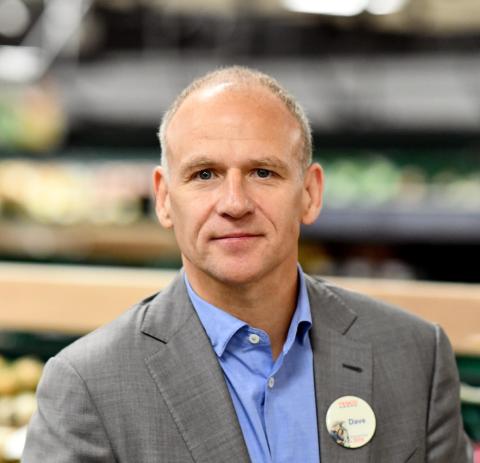 British retail sales saw their largest one month decline on record in March, mirroring what happened in the U.S.

A similar pattern was seen in the U.S. where retail sales in March also saw their biggest monthly drop on record, declining 6.2% from March 2019, according to the U.S. Census Bureau. The only sector that stood out as positive was the grocery channel, up a robust 25.6%, while apparel led the declining segments down 50.5%.

One reason for the steeper declines in the U.S. figures is that nonessential domestic retailers began closing stores earlier in March, whereas retailers in the U.K. didn’t close down until April 23.

Both nation are likely to see even more extreme declines when April results are reported as many retail locations will have been closed for the entire month.

Offsetting some of the decline is digital growth. In the U.K., ONS statistics show that online sale as a percentage of all retailing reached a record high of 22.3% in March. The increased penetration rate is reflected is statistics shared on April 22 by Tesco CEO Dave Lewis.

“This week we have almost one million delivery slots, which is around 400,000 more than we had six weeks ago. We’ll increase this to 1.2 million deliveries per week in the next few weeks,” Lewis said in an update on the retailer’s response to COVID-19. He also noted that, “our business has probably changed more in the last few weeks than it has in the whole of the last ten years.” 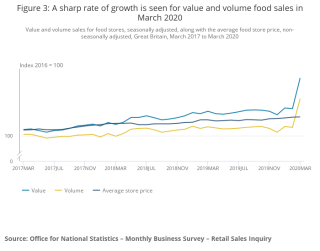