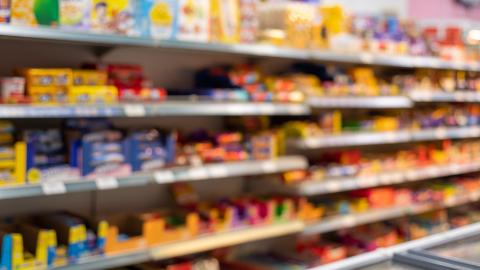 In response to the unprecedented and evolving impact of the COVID-19 pandemic, the consumer packaged goods industry is focused on adapting supply chains, manufacturing and marketing to meet the rapid changes in demand.

With shoppers easing into a new normal, CPG brands must prepare for consumers faced with financial difficulties, social restrictions and personal health concerns. Looking ahead in such uncertain times can be a challenge but studying trends in the CPG demand curve and shopper behavior from the most recent historical precedent — the 2008-09 Great Recession — provides one of the best road maps for brands interested in optimizing their strategies during the anticipated economic downturn.

The CPG industry is significantly more resilient to recession than other retail channels. During the past few months, overall CPG demand has increased by 15% to 20% compared with the same period in 2019, according to the IRI CPG Demand Index. CPG’s “essential” status has never been clearer. Nevertheless, data shows that the Great Recession caused clear shifts in CPG consumer shopping behavior, channel preferences and category demand.

One hallmark of the Great Recession’s impact on CPG demand is that shoppers’ purchases were motivated by value and necessity. During the Great Recession, consumers spent more time planning their purchases ahead of their shopping trips to take advantage of deals and promotions, and to limit impulse buys. Overall CPG unit consumption shrank in 2008 as consumers tightened their belts, but dollar sales in the CPG category increased as meals and personal care took place at home.

With limited dining options due to COVID-19 restrictions, home cooking has once again become a significantly larger portion of the U.S. lifestyle today. Brands may experience significant gains in new buyers, but they also risk loyal buyers switching brands.

As a result, brands should focus on conversion and retention through expanded price-point ranges and value-pack sizing, along with shifting marketing messaging to focus on at-home activities and entertainment to support continued brand strength.

Our analysis also shows that in 2008, shoppers migrated their spending toward value channels like supercenters, club retailers and dollar stores, and away from convenience channels and drug stores, likely driven by efforts to scale back on impulse purchasing. We can expect similar trends looking forward.

Notably, over the past 10 years, the dollar channel has expanded significantly in the United States, with two of the major U.S. chains approximately doubling their store counts, and two new European banners entering the U.S. market. With a broader presence and enhanced focus on value pricing, the dollar channel is likely to gain momentum and capture an even larger portion of grocery spending amid the current recession.

At the category level, in 2008, shoppers relinquished brand loyalties in favor of better deals, shifted spending toward essentials and away from “wants” in the beauty and personal care categories, and cut back on perceived luxuries like organic produce. This led to a bump in value-tier and private label brands as deal-conscious shoppers let go of their brand loyalties in favor of savings. While purchases of “affordable luxuries” like chocolate and ice cream persisted, a focus on value continued to motivate purchases.

Implications for 2020 and Beyond

Though the catalyst for the current economic environment is less nuanced and had even greater immediate impact on shoppers nationwide than the events of 2008, consumers today are similarly short on money and confidence, and have shifted their eating habits to rely significantly more on at-home, from-scratch cooking.

Looking ahead, comprehensive, real-time data and insights show that brands should retain the millions of new buyers that they’ve acquired in the past few months by doubling down on value-capturing pack sizes, enhancing their price mix, and focusing innovation to meet demands of shoppers adjusting to our society’s new stay-at-home culture. 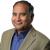