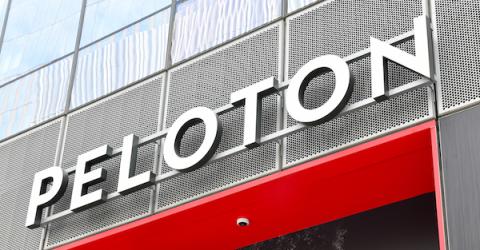 Now, with a full recall of its Tread+ and Tread branded treadmills, Peloton’s response reveals a lot about how retailers and brands should react during a crisis management situation.

The saga began when the U.S. Consumer Product Safety Commission warned people to stop using Peloton treadmills immediately in mid-April following 70 incidents of injury and one child’s death. At the time, Peloton responded that the Commission’s warning was “inaccurate and misleading,” noting that when used correctly, its treadmills are not dangerous.

However, the response quickly drew criticism, and Peloton has since changed its tune.

Peloton CEO John Foley did apologize for the company’s initial response, but it remains to be seen how much damage is done to Peloton’s reputation. With such a high price tag, Peloton became known for its high-quality offerings, both in its digital fitness app and through its pricey treadmills and stationary bikes. The timing of the recall and the company’s blunder is also somewhat precarious--as Americans are comfortable spending more time outside their home and other fitness options return, there’s potential for Peloton to lose some its luster as the hottest at-home fitness business it achieved during the Covid-19 pandemic.

“I want to be clear, Peloton made a mistake in our initial response to the Consumer Product Safety Commission’s request that we recall the Tread+,” CEO John Foley said in a joint statement announcing the recall with the CPSC. “We should have engaged more productively with them from the outset.”

Peloton’s demand skyrocketed during the Covid-19 pandemic as more people sought fitness and wellness opportunities at home. In addition to its stationary bikes and treadmills, also offers a fitness app for $39/month.

Peloton is offering full refunds to Tread+ and Tread treadmills owners, but both have different safety concerns. The recall impacts 125,000 treadmills, which run as much as $4,295. The Tread+ model, which is more expensive and has a 32-inch touchscreen, was connected in the death of a six-year-old child who was sucked underneath the machine. The Tread model, which is almost half the price, features a smaller touchscreen that runs the risk of detaching and causing injury.

Peloton’s initial mistake was failing to realize how impactful a child’s death would be on their brand. Instead of digging in its heels in opposition to the urgent warning by CPSC, there were numerous other ways for Peloton to respond. After several weeks, the company finally did correct its errors, but the time between the warning (mid-April) and Peloton’s recall (May 5) also reveals the company could have acted sooner.

In terms of saving face, Peloton did make a good move in Foley’s apology. While the recall caused Peloton shares to sink 15%, Foley’s apology also follows an important PR strategy that will help the company move forward by taking responsibility. When dealing with a major issue, consumers are looking for acknowledgement of the issue in combination with a solution.

“I honestly would have felt much better if they had just offered any acknowledgment and that a solution was in the works,” Nikhil Bobb, a Peloton treadmill user who tried to return his machine after the CPSC’s warnings last month, told The Wall Street Journal.

Peloton has stated it is working on additional hardware modifications to improve safety and offer a repair to Tread owners in the coming weeks. For now, users can return their treadmills for a full refund.