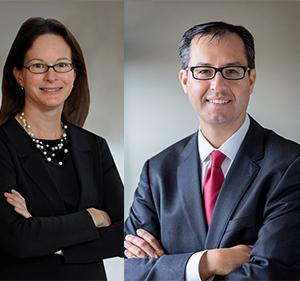 Most consumer packaged goods transactions close without antitrust issues.  But a 2018 lawsuit filed by the Federal Trade Commission (FTC) to block a deal that would have combined two branded cooking oils is a reminder that antitrust concerns can delay, or even stop, CPG deals from happening.

Here, we identify 10 key issues relating to how the U.S. antitrust agencies—the FTC and Department of Justice (DOJ)—analyze CPG mergers.

On the high end, the agencies have defined markets such as premium priced vodkas and superpremium ice cream.

At the low-end, the agencies have drawn market boundaries around value shampoo and conditioner.  Recently, news outlets reported that the FTC is scrutinizing E. & J. Gallo’s proposed acquisition of various beverage products, including low-priced wines.

A CPG’s shelf-space location in a retail store or positioning on the shelf may also affect how the antitrust agencies define the product market and assess the merger’s effect.  This is a frequent issue in food and beverage mergers.

For example, in 2002, the FTC sued to block a merger that would have combined Vlasic and Claussen pickles.  The agency alleged that refrigerated pickles constituted a separate market.  While acknowledging that shelf-stable pickles sold in the center aisles put some competitive pressure on refrigerated pickles, the FTC argued that consumers did not consider shelf-stable pickles sufficiently close substitutes.

There is no bright line rule on whether the antitrust agencies will consider private label products “in” or “out” of the market.  It depends on the facts.

Recently, the FTC’s challenged Smucker’s, owner of the Crisco-branded cooking oil, proposed acquisition of Wesson cooking oils, and alleged two separate markets.  One market consisted of branded canola and vegetable (CV) oils, largely based on the prices, attributes, and perception of branded oils being substantially different than private label oils.  The other alleged market included both branded and private label oils.

The agencies may also limit the market to particular sales channels.  For example, in the cooking oil case, the FTC alleged that the market for CV oils was limited to sales made to retailers, thereby excluding sales to other channels.  In 2011, the DOJ alleged that hairspray sold in retail stores was a separate market from the sale of such products in salons because of differences in price, location convenience, and breadth of brands carried.

Additionally, although online sales are an everyday reality for CPG manufacturers, there is no bright-line guidance for whether online retail sales will be “in the market.”  The FTC noted in a prior retail matter that there has been an “explosive growth of online commerce,” but even with this precedent, only transaction-by-transaction assessment will determine how online sales factor into market definition and competitive-effects analysis.

The agencies typically define the relevant geographic market in CPG mergers as national or no broader than national.  High transportation costs, differences in brands, U.S. regulations that make it difficult for customers to purchase products sold outside the U.S., or a lack of imports, may contribute to the agencies’ assessment.

Geographic markets may also be limited to certain regions, states, or metropolitan areas, at least where the seller can charge different prices to retailers based on differing competitive conditions.

Pre-Deal Pointer:  To assess the relevant geographic market, consider three questions:  (1) where are the parties’ products sold? (2) are there any meaningful differences in competitive conditions across these geographies? and (3) are there examples CPG suppliers expanding from one geography into another?

The ultimate question in any merger investigation is whether the transaction will “substantially lessen competition.”  In short, the investigating antitrust agency tries to assess whether a merger is likely to result in higher prices, lower quality, or reduced innovation.

In CPG transactions, the concern about potentially diminished price competition isn’t limited to higher shelf prices or lower discounts to consumers.  The agencies are also concerned about the potential for the merger to reduce promotional discounts, slotting allowances, and trade spend paid to retailers.

Brand is often a key ingredient for success.  But brand may also be a key reason the FTC or DOJ raises concerns about barriers to entry, expansion, or repositioning.  In many of the agencies’ enforcement actions, brand equity was deemed to be one of the most significant barrier to entry because it could make it time-consuming and costly for a new entrant to convince retailers to stock their product or gain consumer acceptance.

The merging parties’ documents are a key factor in whether the FTC or DOJ opens a detailed investigation and, ultimately, whether the agency decides to clear the merger or attempt to block it in court.

Two types of documents can be pivotal:

The antitrust agencies also routinely rely on data-driven analyses to assess the likely competitive effects of the transaction and help define markets.  Two common analyses in a CPG merger are:

When evaluating potential mergers and acquisition in the CPG space, antitrust risk can be a key consideration.  With guidance, careful planning, and early read-outs on anticipated economic analyses, that risk can be carefully managed in order to meet business objectives.

Alexis Gilman is a Partner in Crowell & Moring LLP’s Antitrust Group in Washington, DC.  From 2010-2017, he worked at the FTC, including from 2014-2017 as head of the Mergers IV Division, where he oversaw investigations of mergers involving branded consumer products, retail, and other industries. Elizabeth M. Bailey is an economist andacademic affiliate atNERA Economic Consulting in San Francisco where she handles CPG mergers and acquisitions.  The views in this article are the authors’ and do not necessarily reflect the views of their firms or clients.