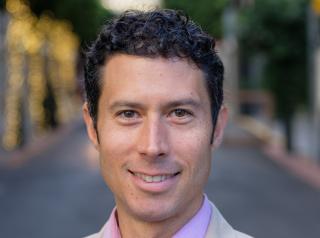 Influencers have always been with us, they just didn’t used to be called that. Think restaurant and movie reviewers from the golden age of newspapers. A few choice words from select individuals could make or break a new eatery or film. Digital technology and social media platforms gave anyone with an opinion about anything a way to be influential and share their views with the world. It didn’t take long for savvy marketers to recognize the potential of the new age influencers as an affordable, effective and measurable way to engage with and influence consumer behavior.

No wonder then that nearly 40 percent of marketers who participated in a recent survey by the San Francisco-based influencer marketing platform Linqia said they expect to increase their influencer marketing budgets this year. About 35 percent were unsure, but the survey of 181 marketers was conducted in 2017 when some budgets weren’t final. Only 5 percent said they expected to spend less.

The increased spending is due to the fact that influencer campaigns work, according to those surveyed. More than 90 percent of those who used an influencer campaign in 2017 said it was effective. And by effective, the most common measurements cited were engagement (87%) and clicks (59%). However, as influencer campaigns mature, marketers are also looking for larger and more extensive programs to have a bottom line impact. For example, product sales as the measure of effectiveness increased to 46 percent in 2017 from 34 percent in 2016. Conversely, the survey showed the metric of “reach” dropped 11 percent to 50 percent last year.

The other notable change in the world of influencer marketing relates to leadership of influencer programs and who owns the budget.

“Not unlike other forms of media, influencer can live in multiple places, but we are starting to see companies create actual titles and departments specifically for influencer programs,” said Daniel Schotland, COO of Linqia. “Influencer started in PR but it is definitely moving toward media. PR is really all about controlling the message, but influencer is about providing guardrails that let influencers tell the story in their own way to resonate with their own audience. To some degreee. Those two are slightly at odds with each other even though the desired impact may be the same. The way you think about them is very different.”

That explains why there has been a big shift in ownership to those in the functional areas of advertising/media, up to 38 percent from 26 percent and a corresponding decline in ownership by PR/communications, down to 15 percent from 31 percent.

The growing size of programs and their objectives are also means they are better suited to be managed by advertising and marketing functions, according to Schotland. This is especially true as the field of influencer marketing has matured, influencers have grown more sophisticated and fraud and regulatory considerations have arisen. There have been documented cases of influencers acquiring followers to increase their value to marketers and the Federal Trade Commission has become more active.

The FTC has had a wary eye on the influencer space for a decade, but last fall it took decisive action around the obligation of influencers to disclose sponsorship affiliations. Newly revised and lengthy guidelines are designed to provide influencers and influencer platforms clearer direction around acceptable behavior with a form of consumer communication that is still relatively young.

While there are plenty of gray areas in the guidelines, as Schotland and others in the influencer space have noted, there is a sort of checks and balances system in place based on the forces of authenticity and transparency.

“Influencers have been successful in generating an audience of followers because there is something that resonates with their audience whether it is sponsored or organic,” Schotland said. “An influencer isn’t able to keep their audience if they are not talking about the points of interests or passions their followers have. There also has to be a balance between the percentage of content that is sponsored versus organic.”

If the sponsored percentage is really high an influencer would potentially lose followers turned off by the notion that much of the content is paid. How much is too much is hard to say, but Schotland noted that, “influencers need to do a good job of mixing in their non-sponsored posts to keep their audiences engaged.”

If they don’t, or if FTC suspects outright deception, influencers have been warned. The agency last fall in conjunction with the release of new guidelines made an example out of a pair of influencers active in the online gaming world who were widely followed on social media. The FTC reached a settlement agreement after determining the influencers had been promoting a company they owned without disclosing the affiliation and had been paying other influencers to make positive comments without disclosing the financial connection.

“Consumers need to know when social media influencers are being paid or have any other material connection to the brands endorsed in their posts,” said then Acting FTC Chairman Maureen Ohlhausen. “This action, the FTC’s first against individual influencers, should send a message that such connections must be clearly disclosed so consumers can make informed purchasing decisions.”

The agency also sent a shot over the bow of the influencer world when around the same time it sent warning letters to 21 social media influencers regarding Instagram posts it believe violated influencer rules, known as enforcement guidelines, first published in 2015.

The retail and CPG world may not be the West West that some corners of the Internet are, but large companies have reputations at stake and can ill afford to be seen employing questionable marketing practices. Especially since such questionable practices can be easily amplified by very influencers brands are attempting to influence. Accordingly, the Linqia study showed that 87 percent of respondents require influencers disclose sponsored counted to comply with FTC regulations. As for the 13 percent who aren’t in compliance, keeping up with regulations can be a moving target. Seventy one percent of those surveyed said they are up to date with current guidelines, a big improvement from only 55 percent in 2016. RL