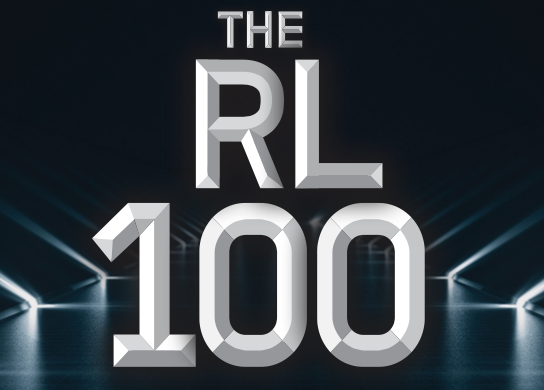 The RL100 is Retail Leader's look at the world's most significant companies operating in the retail industry based on their annual revenues. The goal in compiling the list was to provide a definitive ranking of the largest retailers offering food, consumables, health, beauty and wellness on a global scale. It is a massive industry worldwide and the companies comprising the RL100 ranking combined to grow annual revenues by 5.5 percent to $3.63 trillion in 2016 from $3.44 trillion the prior year.

It is worth noting that a conscious effort was made to develop the list based on a company's total revenues as opposed to retail sales. At some companies revenues and sales are synonymous, however at more diversified organizations retail sales is a subset of revenue. The distinction is important because it is the revenues and profitability of the entire enterprise that bolsters or undermines retail performance. The best example of this phenomenon is Amazon. Its Amazon Web Services (AWS) division accounted for only 9 percent of last year's total company revenues of nearly $136 billion, but generated 74 percent of total operating income of $4.2 billion.

It should also be noted that inclusion on the RL100 does not mean a company is necessarily a retail leader even though revenue generated from customers remains the industry's ultimate measure of success. However, the industry is dynamic so there are always companies advancing and others declining. That was the case last year with a total of 78 companies reporting sales growth and another 22 experiencing declines.

What's not so easy to spot are the new breed of retail leaders whose approach to innovation and development of new business models are impacting established retailers even if their revenues aren't significant enough to warrant inclusion on the RL100. Established retailers hoping to remain on the RL100 or advance through the ranks in the years ahead will be those best able to capitalize on some or all of the following seven trends:

Speed: It wasn't an accident that the phrase, "moving with speed," appeared on the cover of Walmart's annual report. The world's largest retailer is out to convince investors that it is nimble, aggressive and taking action to serve shoppers in new ways to maintain its dominance. Walmart is not alone in its desire to take action more quickly. The concept of speed has always been important in retail, to move more quickly than competitors, but now consumer adoption of technology has left most retailers in "fast-follower" mode attempting to keep pace with customers more so than competitors, many of whom are in the same boat. Speed applies to every aspect of retail now, from decision-making to implementation. Recent years have seen retailers move to doing in days what used to take weeks or months, but the next progression is doing in hours what used to take days and in extreme cases doing in minutes what used to take hours.

Convenience: Retailers are moving more quickly because consumers are moving more quickly, demanding to be served in new, faster more efficient and always less expensive ways. As the level of convenience demanded by consumers continues to increase, retailers competing in the age of instant gratification have to look in the mirror and honestly assess and repair the potholes along the path to purchase shoppers traverse to interact with their brand.

The Death of Channels: Retailers who think in terms of channels are doomed because shoppers don't think in terms of channels. Channel blurring is a well-established trend, yet it is common for those in the industry to ascribe channel monikers to segment the marketplace in outdated ways that are not relevant to shoppers. Traditional supermarkets compete with every other venue that sells food. The extreme proliferation of competitors vying for share of stomach means requires traditional retailers of fresh and packaged food to think much differently about their competitive set.

Seamless Execution: Online is not a channel and retailers and brands who continue to regard it as such are in peril. Attempting to attribute a sale as digital or physical misses the point and is impossible anyway because shoppers flit back and forth between these worlds. The concept of seamless integration between physical and digital remains an elusive goal for many retailers who provide a clunky experience, but mastery of the art of seamless has become essential.

Direct-to-Consumer: The phenomenon of brands selling direct to shoppers will continue to gain momentum in the years ahead. It represents a viable distribution option for major brands and especially tertiary brands unable or unwilling to comply with retailers' financial and supply chain requirements. These brands also increasingly have available to them the cross border trade opportunities with companies such as Alibaba eager to help facilitate the sale of U.S. brands in China via its platform.

That Could Have Been Us: The lack of innovation will be the undoing of many a retailer in the years ahead. While some conventional operators are focused on driving scale the old fashioned way, such as the 2016 merger of Ahold and Delhaize Group or the 2015 tie up between Albertsons and Safeway, other companies are inventing new ways of serving shoppers. The best most recent example is meal kit provider Blue Apron, a company whose first quarter sales have it on track to surpass the $1 billion mark in 2017. Supermarkets wedded to a legacy model of relying on promotions to generate traffic ceded the meal kit space to startups even though they had the infrastructure and proximity to customer to execute a meal kit program. Don't let it happen again.

Customer Service: Customer service takes many forms in the digital world, but even Millennials want to be able to interact with a human when other forms of communication are unsuccessful. The same is true in physical stores where in a classic chicken and egg scenario, retailers have degraded the store experience by "optimizing" store labor and then wondering why shoppers have migrated online. It has been said countless times, even by online-only retailers, that there will always be a role for physical retail. Those who are most successful will find a way to provide customer service in the way that shoppers want to receive it rather than how retailers are willing to provide it.

All of the above, as well as numerous other factors, will determine the composition of next year's RL100 list. For example, the retailer best able to capitalize on drone delivery, autonomous vehicles or robotics will likely fare well in a future that arrives more quickly every day.

The RL100 Ranking Methodology
The RL100 ranking that appears on pages 18 and 19 is a ranking of global retailers for whom the merchandise categories of food, consumables, health, wellness, beauty and related products comprise the bulk of their sales or represents a key aspect of their go-to-market strategy. The list is compiled from extensive Retail Leader research and other sources deemed reliable including Kantar Retail, Deloitte and Fung Global Retail and Technology. The ranking is based on a company's total revenue, rather than the subset of retail sales, because it provides the broadest view of a company's overall performance which impacts retail competitiveness. In cases of international retailers who report financial results in local currencies revenue figures were converted to U.S. Dollars on the date of their most recently reported fiscal year end.