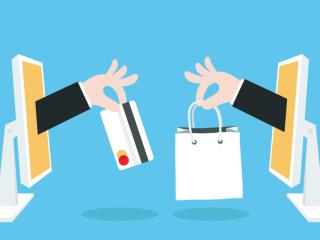 As a senior at California State University out in Silicon Valley 20 years ago, I remember blowing people’s minds in my valedictorian address with a nugget out of the leading business book at the time from Bill Gates, “The Road Ahead.” Quite progressive for the day, he predicted that the line between a desktop experience and “being online” would become invisible, allowing people to stay constantly connected in the midst of daily administrative grunt work. As a result, better tech would make us more human. His prediction would be quickly recognized, and 10 years later the iPhone took invisible connectivity to the next level. On its tenth anniversary, we look ahead to what its successor could be, and while predicting which singular billion-dollar plus disruptive device will dominate the next 10 years is not an exact science, we can say this about the future:

First, the days of putting brick and mortar shopping and digital shopping into separate silos will long be gone. It’s not e-commerce and in-store commerce. It’s “commerce.” Period. People do not “go” shopping” they are “always shopping.” Yes, the convergence of physical and digital (“Phygital” as some in the industry say tongue-in-cheek) is in its early stages, but it will be fully mature over the next decade. Shopper marketing is but one aspect of commerce, analytics/measurement, scripted content, frictionless payments, subscriptions, strategic market baskets, IoT, and AI will have all been mastered to enhance precision targeting and flawless conversion.

Second, for those of us old enough to remember the standalone (pre-shopping mall) version of Sears and long-gone Service Merchandise, it is worth recalling that those retail outlets were 60 percent showroom and 40 percent catalog fulfillment centers. Flip the pie chart around over the ten years ahead of us and the surviving physical stores will be 40% showroom and 60% digital/same-day operational/logistical powerhouses for all corners of the world. Warby Parker and Toys R Us are already doing this with “lean retail” pop-up stores where you cannot buy anything physically — you can experience products and then have them delivered quickly.

Third, while we may not be able to pinpoint with any accuracy what the next iPhone will be, I can promise you that voice activation/search will play a large role in whatever emerges. While today’s world requires AI voice pattern recognition “training” for the Echo and Google Home devices to work with greater levels of precision and personalization, tomorrow’s devices will be more tightly integrated within homes and vehicles as concierges that act as digital butlers and integrators across the “platformization” of all technology.

As a result, where CPGs (who will have certainly gone to supplemental direct-to-consumer approaches with flagship brands) and retailers alike will have woken up to the fact the in order to win at commerce, one has to win at the point of influence when a shopper is inspired. Better stated by my friends over at Kantar Retail, the Perpetual Moment of Truth wins all, and is a built off of the First through Third Moments of truth tackling conversion at shelf, product usage, and social media word of mouth acceleration. While Google coined Zero Moment of Truth to show how “searchandising” was the new paradigm to win retail back in 2011, the Perpetual Moment of Truth ultimately converts when a shopper is initially exposed to a commerce opportunity with absolutely no reliance on recall. Amazon Echo is only the beginning when the Doritos I see on a Super Bowl ad can be at my doorstep within the hour uttering one simple phrase.

Finally, building on all of this yields a bold prediction that coupons as we have known them for the past 100 years will drastically morph into an extremely personalized science — and I am not talking micromarketing or media targeting here. Consider what I call “Ellen’s Store.” Ellen is my wife’s older sister, and they have always been inseparable. My wife would blindly trust what Ellen bought for her babies (Ellen had my niece a few years before our oldest was born) tenfold over anything that a manufacturer or retailer would say or claim. Put a quantity of one next to every baby item Ellen bought, and my wife would have been 100% all-in. Not quite a registry list, imagine a day where Ellen had her own virtual storefront as a subdomain of primary retailers’ sites where those within her sphere of influence can purchase products directly, and Ellen receives a portion of the proceeds as store credit to continue the Circle of Life of retail over and over. The same for product reviews at the virtual or physical shelf. Murray may be the most trusted wine connoisseur friend in my social sphere, and if her Chilean Cabernet Sauvignon review triggers an immediate conversion from me during the Perpetual Moment of Truth, she benefits (thus driving more engaging and real reviews all across the board).

I think we will all see the question of “How do you beat Amazon” change to “How do you compete against Amazon (or avoid getting decimated)” over the next few years as history is being made by the minute on this unstoppable force. However, for those outside of the Bezos camp, success will still be attainable on converting at the point of inspiration. Time Magazine named a surprising choice for one of the most influential technologies of the Twentieth Century in its “Innovation” issue recently. Air Conditioning. The Southeast and Southwest would never have been settled and modernized without it. Supercomputers, server farms, and even “the cloud” as we know it would melt without it. The winning commerce technology over the next ten years — like air conditioning and Bill Gates’ Road Ahead prediction — will be invisible: seamless and permeating every single inch of your life. You won’t really pay attention to it when it is working correctly, but you will absolutely notice it when it doesn’t. RL