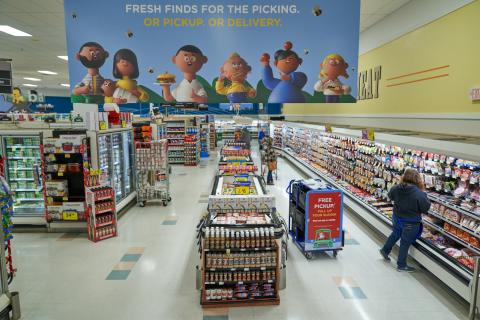 Kroger is betting shoppers will react favorably to its Kroji brand ambassadors, forecasting 2020 comps of 2.25% or more.

Kroger this week unveiled an inclusive brand message and a crew of ethnically ambiguous cartoon characters to bring its message of “Fresh for Everyone,” to life.

The “Fresh for Everyone,” message, which sounds like something Democratic presidential candidates Elizabeth Warren or Bernie Sanders could use as a campaign slogan, address what is simultaneously one of Kroger’s intractable shortcomings and competitive strengths. The company operates more than 2,500 stores under two dozen regional and super regional banners that enjoy very strong market shares. Kroger’s store base was assembled through decades of acquisitions, but putting all those banners under the Kroger umbrella would destroy equity and alienate shoppers, even if it helped improve efficiencies.

So Kroger did the next best thing, or at least one of the things it could do. It created a unifying value proposition that is general enough that it works for all the banners. It gives Kroger, Inc., a tag line the likes of Walmart’s “save money, live better,” or Target’s “expect more, pay less.

“Kroger chose Fresh for Everyone as our leading brand message because it is inclusive, clear and memorable and supports our vision of serving America through food inspiration and uplift,” explained Kroger COO Mike Donnelly.

To bring Fresh for Everyone to life, Kroger is relying on animated characters called Krojis, a play on emoji in case it wasn’t obvious. The Krojis are all a slightly different shade of a tan to brown, a color palette which makes the characters more identifiable by life stage rather than ethnicity. That was by design, but it’s a move that seems rooted in a desire to risk not offending anyone in the portrayal of “everyone.”

Whether any of it matters will become evident very quickly once the creative starts hitting and shoppers vote with their wallets. Kroger obviously expects it to work and the day before unveiling the campaign affirmed its 2019 sales targets and told investors at a gathering in New York that its comps in 2020 would be greater than 2.25%.

Store brand seafood packaging at Publix will soon sport a new look for the first time in 15 years and the operator of nearly 1,300 stores is getting more vocal about its longstanding efforts to sell responsibly and sustainably sourced seafood. Publix wants its customers to know its seafood meets rigorous standards and the company recently hosted a meeting with top suppliers whom it is holding to new reporting requirements for fresh, frozen, wild-caught and farm-raised products.

Store expansion ground to a half at Fresh Thyme Farmers Market the past 18 months, but with a new CEO taking over for founder Chris Sherrell, the company could be looking to expand again with a proven operator at the helm. Gerald Melville, a regional VP at Meijer with responsibility for 50 stores in Illinois and Wisconsin, was named president of Fresh Thyme Oct. 31. Melville is a former Albertsons and Supervalu executive who joined Meijer in 2009. His selection is noteworthy because Meijer was an early investor in Fresh Thyme and owns an undisclosed percentage of the company.

Sherrell’s departure was billed as a natural progression, with the veteran natural foods retailer noting, “as happens with many entrepreneurs, as Fresh Thyme has matured, I am ready for my next challenge.” However, you have to wonder how well the company was performing financially given the slowdown in new store expansion. As recently as early 2018, in an interview with Retail Leader, Sherrell was talking about operating 200 locations by 2020. Those aspirations fizzled thought as Fresh Thyme has opened just two stores this year to give it a total of 77 locations. The company opened 12 stores in 2018 and 20 locations in 2017. 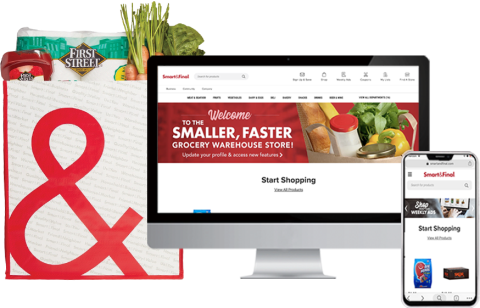 “As we continuously strive to maintain a lasting relationship with our shoppers, partnering with Mercatus and other platform partners is the logical next step towards enhancing and ultimately owning our e-commerce experience,” said Ed Wong, Smart & Final’s chief digital officer.

So this is what a retail apocalypse looks like?

In other random economic indicator news

The United State is headed for a recession – eventually. But for now, consumers are feeling good, buying fancy cars, expensive coffee, luxury handbags and footwear. Here’s collection of unrelated, but directionally meaningful data points regarding consumer behavior rather than stated intentions.

Sales of BMW brand vehicles increased 9.4% in October while Porsche was even stronger, up 13.1%, its best monthly showing of the year. LVMH Moët Hennessy Louis Vuitton, the world’s leading luxury products group, said its Louis Vuitton brand enjoyed a remarkable performance in all its businesses and in all regions. If designer handbags aren’t your thing, western footwear retailer Boot Barn said its third quarter same store sales increased 7.8% and most of those sales were at full price. Consumer who need somewhere to put their Louis Vuitton handbags and cowboy boots went to The Container Store where a third quarter comp increase of 5.4% was driven by a 9.3 comp in the custom closets business. And then there’s the Starbucks indicator. The company’s U.S. comp increased 6% and membership in its loyalty program increased 15% to 17.6 million active members.

Customer Growth Partners gets it

Most holiday forecasts have seasonal sales growing around 4%, but Craig Johnson, president of Customer Growth Partners, is more bullish. He’s got holiday sales during the November and December time frame increasing by 5.2% in the firm’s 18th Annual Holiday Forecast.

Walmart and its long time financial partner Green Dot have launched a fin-tech accelerator called TailFin Labs to develop innovative products, services and technologies that sit at the intersection of retail shopping and consumer financial services. TailFin is majority owned by Walmart which has had a partnership with Green Dot since 2006 to offer the Walmart MoneyCard program. The companies signed a new seven-year agreement for that program that takes effect Jan. 1, 2020 and replaces a current agreement that was due to expire in May.

“With this expanded relationship, and by leveraging Walmart’s footprint and existing offerings with Green Dot’s cutting-edge capabilities, we’ll be uniquely positioned to offer an unmatched set of customer experiences that sit at the nexus of omni-channel retail and tech-enabled financial services,” said Daniel Eckert, SVP of Walmart Services and Digital Acceleration.

Amazon hosted its first Small Business Academy in Southhaven, Miss., a suburb of Memphis just across the state line. The event could have been held anywhere, but Amazon chose a town two miles south of the Memphis International Airport, in a state represented by Republican Senator Roger Wicker who was billed as a special guest speaker at the event. Coincidentally, Wicker chairs the Senate Committee on Commerce, Science and Transportation and its six sub-committees that oversee key areas of interest to Amazon and founder Jeff Bezos. Those committee include; Aviation and Space; Communications, Technology, Innovation and the Internet; Manufacturing, Trade and Consumer Protection; and Transportation and Safety. Amazon’s next small Business Academy seminar will be held in December at a yet-to-be-name location with more events planned for 2020.

A friend or foe of small business

The Small Business Academy is Amazon’s latest effort to highlight how it helps small business, as opposed to preying on them in an uncompetitive way, as some critics alleged and federal regulators are investigating. Independent third-party sellers, which tend to be small and medium-sized businesses, accounted for 58% of Amazon’s physical gross merchandise sales last year. The company says it has released more than 150 tools and services this year to help third-party sellers grow and it also recently announced the finalists for its first-ever Small Business Spotlight Awards.

Amazon has a huge interest in ensuring the success of third party sellers, consider the services the company provides those who use its platform and fulfillment capabilities generate huge fees. Commissions Amazon earned on product sales and related fulfillment and shipping costs, what Amazon calls “seller services,” total $36.3 billion during the first nine months of the years, and represented 18.8% of total company revenues of $193 billion. 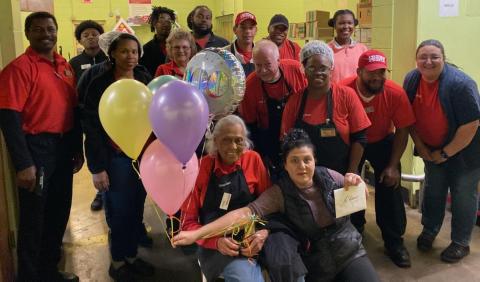 Retail Leader’s sister brand Progressive Grocer hosted it 13th annual Top Women in Grocery event in Orlando this week. Winn-Dixie associate Romay Davis wasn’t in attendance, but she deserves special recognition nonetheless. Davis works 20 hours a week at a store in Montgomery, Ala., dating products. That wouldn’t be a big deal, except Davis just turned 100 and still drives herself to work. But there’s more. Davis is an African American woman who served in the U.S. Army during World War II, graduated from New York University, worked as a model and fashion designer, earned a black belt in Tae Kwon Do and traveled the world. It wasn’t until she turned 81 that she joined Winn-Dixie. 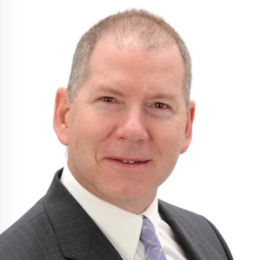