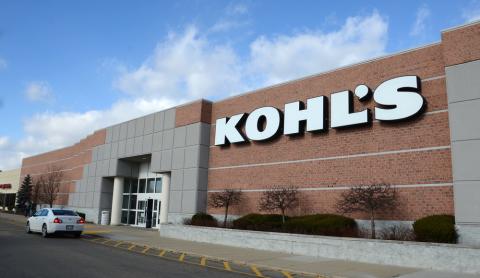 Kohl’s Corporation announced July 1 that it has called off negotiations with Franchise Group (FRG), whose holdings include The Vitamin Shoppe and Pet Supplies Plus.

Citing “market volatility,” the Kohl’s board of directors unanimously determined to conclude its strategic review process. The current financing and retail environment was reflected in the price and terms of FRG’s most recent proposal, which was not fully executable or complete, according to a news release from the department store retailer.

In a statement, Kohl’s said it had engaged with 25 companies, with Franchise Group emerging as the top bidder. In early June, Franchise Group proposed a bid of $60 per share to acquire the retailer, which valued the business at approximately $8 billion. The two parties then entered an exclusive three-week period of negotiations to finalize due diligence and financing arrangements, which ended the weekend of June 25. Franchise Group had lowered its bid price in recent days to a reported $53 amid a weakening retail environment as consumers grow more cautious about spending.

“Despite a concerted effort on both sides, the current financing and retail environment created significant obstacles to reaching an acceptable and fully executable agreement,” stated Peter Boneparth, board chair. “Given the environment and market volatility, the Board determined that it simply was not prudent to continue pursuing a deal.”

He added that “as always, the board remains open to all opportunities to maximize value for shareholders.” He also noted that Kohl’s “is a financially strong company that generates substantial free cash flow and has a clear plan to enhance its competitive position and improve performance over the long term.

The Kohl’s decision marks the second time in a week that a major retailer called off a potential sale. Walgreens Boots Alliance on Tuesday dropped its plan to sell its U.K.-based health and beauty retailer Boots and No7 Beauty Company, noting that since January, the global financial markets have suffered “unexpected and dramatic change.”