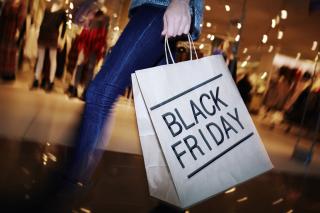 According to the consulting firm Deloitte, consumers in the U.S. are expected to spend around $500 on average on Black Friday and Cyber Monday, up 12% from spending in 2021. According to Deloitte, more consumers are also planning to participate in the shopping holidays with 80% planning to shop over the weekend compared to 71% last year.

The numbers put Black Friday and Cyber Monday shopping plans on par with their pre-pandemic shopping levels, according to Deloitte, which found that younger consumers — Generation Z and millennials — were driving the increase. According to its data, collected during an October survey, 86% of Gen Z plan to shop over the weekend while 89% of millennials plan to shop.

According to the digital advertising agency Taboola, which also operates the e-commerce content monetization platform Skimlinks, readership data from web traffic pulled in mid-October could provide insights about how consumers plan to spend their money this year.

Taboola said it expected the athleisure category would perform well during Black Friday, citing a 2,252% increase over a 45-day period in readership for articles mentioning sports bras and a 140% increase in readership in articles that mentioned leggings. Taboola said it expected Lululemon, which was one of the top-performing athleisure brands last year, to continue to perform well this holiday season.

Taboola also analyzed data from Amazon’s 48-hour shopping holiday held in October, which was the first time the retailer offered a second Prime shopping holiday in a single year in addition to its annual Prime Day. The most popular products sold during the Oct. 11-12 shopping holiday included air fryers, recliners, Apple TVs, vacuums, laptops and electric mixers, which may also indicate what shoppers will gravitate toward on Black Friday.