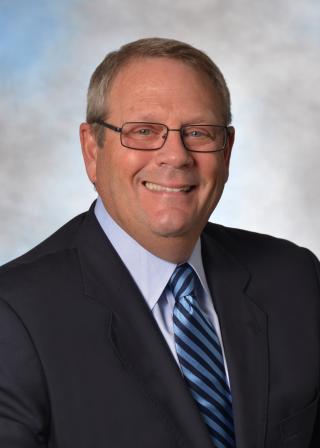 Former Kroger CFO Michael Schlotman was elected to the Kellogg Co. board of directors on Oct. 23.

The Kellogg Co. will have even more insight into the retail world with the recent addition of former Kroger CFO Michael Schlotman to its board of directors. Schlotman spent 19 years at Kroger before retiring in December 2019, and is regarded as one of the chief architects of the Restock Kroger plan, unveiled in late 2017, which has been yielding benefit for the retailer. He joins a Kellogg board that's already deep with retail and consumer goods experience.

"We are very pleased to welcome Mike to our board of directors," said Steve Cahillane, chairman and CEO of Battle Creek, Michigan-based Kellogg. "His tremendous financial experience, coupled with his extensive knowledge of the retail customer and food industries, will be of great value to our company."

The addition of Schlotman follows a similar pattern in which Kellogg moved quickly to add another former top retail executive soon after retirement.

Richard Dreiling, the former CEO and chairman of Dollar General, retired in January 2016 and joined the Kellogg board in June 2016, bringing with him a wealth of retail experience. Prior to Dollar General, Dreiling was CEO of Duane Reade Holdings (acquired by Walgreens) and COO of Long Drug Stores (acquired by CVS Health), and also spent 34 years with Safeway (now part of Albertsons Cos.).

Kellogg also benefits from the retail insight of Carter Cast, the former CEO of Walmart.com. Cast spent seven years with Walmart, ultimately becoming the company's top digital executive before departing in 2007. He joined the Kellogg board in June 2017. Cast is currently the Michael S. and Mary Sue Shannon Clinical Professor of Entrepreneurship at Northwestern University’s Kellogg School of Management. He's also a venture partner at Pritzker Group Venture Capital and a senior advisor for the Pritzker Private Capital organization.

Schlotman joins the Kellogg board as the company, like many CPG companies, is riding a wave of pandemic-driven demand for its breakfast brands such as Morningstar Farms, Kellogg’s Corn Flakes and Frosted Flakes, Pop-Tarts, Eggo, Special K, Mini-Wheats, Kashi, and Rice Krispies, and snack brands such as Cheez-It, Pringles and RXBar. The company’s sales, excluding divested businesses and currency impacts, increased 9.2% to $3.57 billion and operating profit increased 26.7% to $573 million during the quarter ended June 26. The company is set to report its third-quarter results on Oct. 29.