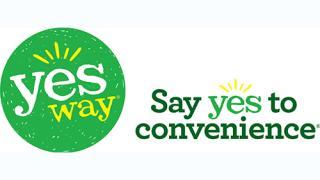 Yesway, an emerging convenience store operator, is expanding its portfolio with the acquisition of all nine Tres Amigos c-stores. Tres Amigos will rebrand to Yesway’s Allsup's banner.

Tres Amigos stores each have 2,828 square feet of merchandising space as well as six fueling stations, and many locations offer diesel fueling islands.

This is Yesway's first acquisition of 2022, coming on the heels of the August launch of Allsup's Express concept store, which is geared toward college students and located adjacent to the campus of Texas Tech University in Lubbock, Texas.

Yesway acquired Allsup’s, a regional c-store chain with (at the time) 304 stores in New Mexico, West Texas and Oklahoma, in 2019.

Prior to the launch of Allsup’s Express, Yesway also opened new Allsup's stores in Texas — including in Breckenridge, Colorado City, Claude, Mineral Wells, Robert Lee and San Angelo —and in New Mexico in Alamogordo, Artesia and Carlsbad. These are in addition to multiple grand opening celebrations of new Allsup's stores located throughout Texas, New Mexico and Oklahoma that took place earlier this year.

The Yesway portfolio now stands at 423 stores. The company, which labels itself as a multi-branded platform that acquires and enhances portfolios of c-stores through real estate and technology expertise, opened more than 30 new and relocated stores so far in 2022.