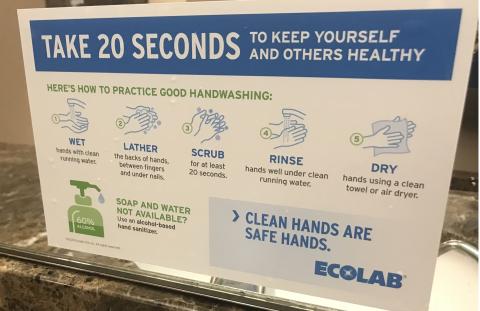 The retail industry remains focused on the immediate effects of the COVID-19 outbreak, and deservedly so. Efforts to contain COVID-19 trump everything at this point. Many retailers have either closed stores or temporarily reduced hours. Most of those who have announced closures are targeting late March or early April as the time when they will re-open. But who knows if that is a realistic time frame? Risk averse retailers will be reluctant to re-open barring public health officials offering an “all clear” signal, but such a definitive statement seems unlikely at this point.

Meanwhile, retailers who have stayed open tend to be those who provide essential goods, such as food and pharmacy retailers. But they too have curtailed operating hours, some are throttling customer traffic amid calls for social distancing and enhanced cleaning procedures are now prevalent.

Given that retail is a perpetually forward-looking industry focused on things like demand forecasts, capital expenditure planning and spotting the next consumer trend that will drive sales, thoughts have naturally turned to what sort of retail world awaits once COVID-19 has been tamed. The crystal ball is very murky at this point and prior calamities don’t serve as a reliable proxy.

For example, go back to the early 2000’s and the burst of the dot com bubble, the fallout from the Sept. 11 terrorist attacks or the financial/housing crisis. Those events had a huge impact on financial markets, the economy and consumer behavior. But, Americans eventually returned to their normal patterns of life and retailers didn’t have to alter basic operational processes any more than they would have normally to keep pace with shopper expectations.

A public health crisis and the extreme industry response to it is unlike anything the retail industry has dealt with previously. Eventually, and that’s a hard thing to know when, a determination will be made that spread of COVID-19 has been halted. Americans will be able to go back to their offices and schools, shop at stores, attend sporting events, crowd into airplanes and freely shake hands with people we just met.

Or will they? Who in the retail industry hasn’t attended a trade show and a week later come down with a cold. Who hasn’t sat in a crowded airplane and cringed while a nearby passenger sneezed. Who hasn’t attempted to use a public restroom at a retail store with a malfunctioning soap dispenser and a motion-activated faucet with spurts of water that make it impossible to comply with health officials handwashing guidelines.

As retailers think about the new normal that awaits them on the other side of COVID-19, one of the most obvious is the expectation that retailers do a better job maintaining stores. Let's face it, many retailers' business models are built on a limited approach to customer service which also implies a certain level of store standards are acceptable because they are tolerable by shoppers. That's going to change. Those enhanced sanitation measures that have become commonplace during the past week, they are going to need to remain in place long after COVID-19 subsides, especially if retailers want shoppers to feel safe and secure in their physical environments.

A commitment to operating cleaner stores, allocating the resources to do so and then communicating the actions that have been taken will be one of the lasting shopper expectations from the national nightmare the retail industry is coping with.