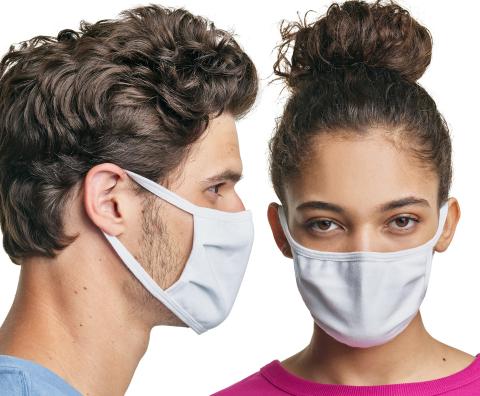 The ability to pivot during the pandemic became an indispensable skill for food retailers. They adjusted to supply chain pressures and surging digital demand while implementing new safety measures and face covering requirements.

As the nation’s demand for personal protective equipment surged dramatically, a pivot of epic proportions was underway at HanesBrands. Americans wanted to feel safe when they ventured out to visit essential retailers, but facial coverings were as hard to find as toilet paper and hand sanitizer as COVID-19 tightened its grip on the nation.

HanesBrands quickly shifted production capacity last April and began making various PPE products. It forecast first year sales of $300 million, then quickly proceeded to shatter that target in its second quarter when sales reached $772 million, thanks largely to an order from the U.S. government for 450 million cloth face coverings and more than 20 million medical gowns.

The spike in demand proved to be short-lived. HanesBrand’s PPE sales fell to $179 million during its third quarter ended Sept. 26 and when fourth quarter results for the period ended Jan. 2 were announced earlier this week the company said PPE sales were a meager $28 million.

Less than a year after creating a PPE unit that was seen as having expansion potential at the start of the pandemic, the dramatic decline in sales is causing HanesBrands to pivot again. The company said that it no longer views PPE as a long-term growth opportunity and plans to record a $400 million write-off of its entire PPE inventory.

The move is part of larger transformation strategy at the company happening under the leadership of new CEO and former Walmart head merchant Steve Bratspies. He joined the company last August and not long after that alluded to coming changes by announcing an in-depth review of the business and growth strategy.

In addition to the PPE move, Bratspies also said the company would reduce its SKU count by 20% to increase focus on the highest-volume, fastest-growing, and most profitable products. The moves by HanesBrands may not directly affect retailers of food and consumables, but waning demand for PPE products is another data point worth noting for an industry eager for indications of a return to normal.