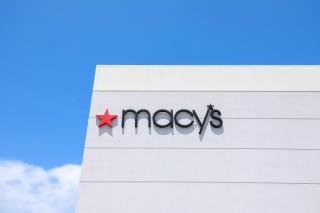 Macy’s this week released a list of the top 100 toys for the forthcoming holiday shopping season as it gears up to open pop-up Toy R Us stores inside all of its locations in the U.S.

“Macy’s cannot wait to bring the Toys R Us experience to life in our stores,” said Nata Dvir, chief merchandising officer at Macy’s, in a statement to Retail Leader. "We hope Toys R Us kids of all ages discover the joy of exploration and play within our shops and families create special memories together. The customer response to our partnership with Toys R Us has been incredible and our toy business has seen tremendous growth.”

The pop-up Toys R Us stores will be open in all of Macy’s locations in the U.S. by Oct.15. The shops will feature all of the toys on the list and thousands of others, according to Macy’s. The toys can also be purchased through Macy’s and Toys R Us’ websites.

The department store also launched a competition running through Oct. 26 on its Instagram page. Customers can interact with posts on Macy’s Instagram to enter for a chance to win one toy from the top 10 of the list, and one person selected will win every toy from the top 10, according to the release.

The pop-up Toys R Us stores come after the retailer shuttered all 800 of its locations in 2018, one year after it filed for bankruptcy. As The Washington Post reported, the retailer attempted to stage a comeback in 2019, restarting its online store and opening two locations — one in Texas and the other in New Jersey. The two locations were shut down in January 2021 during the COVID-19 pandemic.

The brand was purchased by the investment company WHP Global in March 2021, which announced the initial partnership with Macy’s that included online shopping and pop-up store openings at 400 Macy’s locations in the U.S. In December last year, the famed toy retailer opened a new flagship store in East Rutherford, New Jersey, at the American Dream Mall.

As part of the pop-up openings, Macy’s will run nine days of in-store events from Oct. 15-23. The events include family-friendly activities and giveaways, the retailer said.