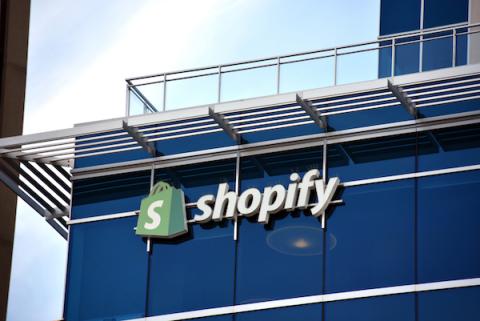 The deal, which could value San Francisco-based Deliverr at $2 billion, would help Shopify expand its fulfillment services. Deliverr currently works with merchants on Amazon, EBay and other marketplaces to meet their fulfillment services needs within two days or less. The news was first reported by Bloomberg.

The acquisition comes at a time when consumers expect rapid delivery and retailers are still ramping up their online order and fulfillment services. In the grocery and food delivery industry, ultrafast delivery has quickly become the name of the game, with startups offering delivery in as little as 10-15 minutes for online orders of food and home essentials in major cities such as New York. The competition has attracted huge sums from investors in the space, and the consumer appetite for speed appears to have staying power.

Deliverr has raised nearly $500 million from investors since it was founded in 2017, according to Crunchbase. Most recently, the company raised $250 million in a funding round led by Tiger Global at a valuation of $2 billion, according to Bloomberg.

The news comes a year after several top executives at Shopify left their roles.