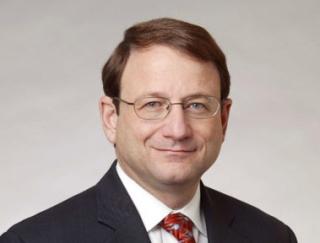 The seemingly abrupt resignation of Gerald Storch at HBC has the department store operator scrambling ahead of the holidays to find a CEO who can implement a transformation plan Storch helped create.

After three years with HBC, the department store chain said Storch will step down as CEO effective Nov. 1. The former Toys “R” Us and Target executive’s decision comes amid turmoil in the department store segment, weak results from HBC and the retailer’s exploration of strategic alternatives. Storch’s successor was not immediately named which can be an indicator of a hasty decision as the company’s failure to name an immediate replacement suggests the lack of a succession strategy. The company’s announcement was made Friday, Oct. 20 after the market closed. An executive search firm has been retained to recruit a CEO to further enhance HBC’s strategies and take the company to its next phase of development and growth, according to the company.

“The board and I are grateful for Jerry’s contributions over the past three years, including enhancing our all-channel strategies, recruiting key talent, leading our cost cutting efforts, and working to address the challenges for our banners in the fast-evolving retail environment,” said Richard Baker, Governor and Executive Chairman of HBC.

Baker, who had previously served as CEO, will reassume those duties in addition to his current role, on an interim basis.

“HBC has a long, successful history, with talented people, assets, geographic reach and digital infrastructure. I have great confidence in the company and the executive leadership team’s ability to take the right actions to position HBC for leadership in the retail industry as it evolves into the future,” Storch said. “I’m looking forward to returning to my advisory firm to work with a range of companies during this transformational time for the retail industry.”

The departure of Storch is just the latest move for a department store operator attempting to find its way in one of the retail industry’s most challenging sectors. That’s made for a busy year at a company that logged sales of $11.5 Billion during its fiscal year ended Jan. 28, 2017. In June, HBC announced a broad-based transformation plan involving efficiency, productivity and customer service initiatives it expects will yield annual savings of more than $350 million when fully implemented in 2018. The company also recently hired former J.C. Penney CFO Ed Record to replace former CFO Paul Beesley who announced his departure after the transformation plan was announced.