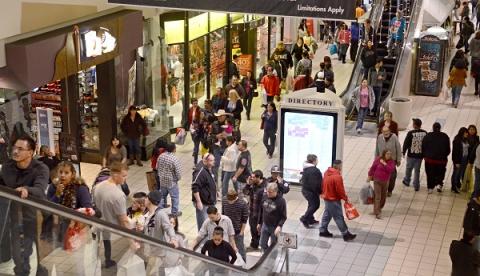 That follows a similar marginal bump in February, during which retail sales only rose 0.3% from the previous month, according to the National Retail Federation (NRF).

The latest figures come as Americans are grappling with price increases amid near-record inflation. In fact, a recent report from Alvarez and Marsal’s Consumer and Retail Group revealed shoppers have lost some confidence, and they are sticking with the behaviors they picked up during the COVID-19 pandemic, including bigger baskets and fewer shopping trips.

However, NRF is still bullish on the sales figures, reiterating its forecast that 2022 retail sales will increase between 6% and 8% to total between $4.86 trillion and $4.95 trillion.

“March retail sales show that consumers have maintained their ability to spend in the face of record-level inflation, supply chain issues and geopolitical unrest,” NRF President and CEO Matthew Shay said in a statement. “Consumers are adapting and shopping smarter for themselves and their families. We believe the strength of the consumer can carry the economy through this considerable economic uncertainty if policymakers implement measured policies and do not overreact to current conditions.”

NRF’s calculation of retail sales, which excludes automobile dealers, gasoline stations and restaurants, showed March was unchanged seasonally adjusted from February, but up 4% unadjusted year over year. In February, sales were down 0.7% month over month, but up 13.2% year over year.

The impacts of the economy are clearly tightening consumer behavior, but spending still remains high. In particular, the Federal Reserve’s move to increase interest rates over the past few weeks reveals the need to cool off inflation.

“While prices soared in March and eroded spending power, shoppers remained resilient and sales were healthy,” Jack Kleinhenz, NRF chief economist, said in a statement. “Consumers have the willingness to spend and their ability to do so has been supported by rapid hiring, increased wages, larger-than-usual tax refunds and the use of credit. They are largely dealing with the shock of gas prices but will be facing higher interest rates as the Federal Reserve tightens monetary policy in the coming months. The challenge for the Fed is to cool off demand without pushing the economy into a dramatic slowdown.”