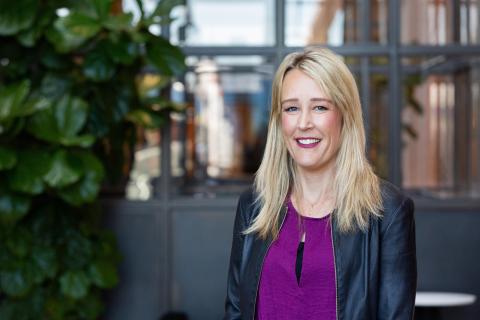 Athleta CEO Mary Beth Laughton is the newest member of the board at Impossible Foods.

Natural Grocers by Vitamin Cottage, the 159 unit operator of natural and organic food stores, named former Deloitte & Touche executive David Rooney to its board. He filled a seat vacated by Michael Campbell and will also serve on the board’s audit committee.

Debra Lee, the former chairman and CEO of BET Networks, was appointed to the board of directors of Procter & Gamble. Lee was with BET from 1986 until 2018, holding the roles of CEO, president, EVP and general counsel throughout her career. Procter & Gamble CEO David Taylor said Lee’s experience, expertise and guidance will further strengthen the company’s efforts to better serve consumers and a broad range of stakeholders. Lee is currently on the boards of Marriott International, Inc., Burberry Group PLC and AT&T, Inc., and she previously served on the boards of Revlon, WGL Holdings and Twitter.

Automated fulfillment solutions provider Alert Innovation named Fritz Morgan as COO, reporting to founder and CEO John Lert. Morgan previously served as EVP and chief technology officer at DEKA Research & Development and will be responsible for engineering, deployment, new product development, operations, service, support and training at Alert Innovation. Morgan earned a BA in Physics from Clark University and a MS in Electrical and Computer Engineering with a specialty in Robotics from Carnegie Mellon University.

Plant-based burger maker Impossible Foods named Mary Beth Laughton, CEO of the Athleta division at Gap Inc., to its board.