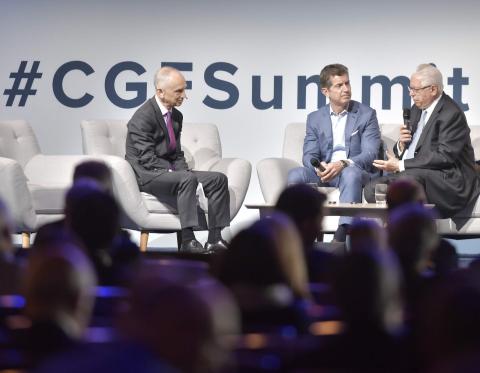 Close to 1,000 of the retail and consumer goods industry’s top executive gathered in Vancouver, British Columbia in mid-June for what Oracle executive Michael Forhez dubbed, “the Davos of Retail.” Davos, of course, is the tiny town in Switzerland where the World Economic Forum hosts an annual event for the world’s business elite to gather and address global issues. When the elite of the retail and consumer goods world come together it is the Paris-based Consumer Goods Forum that serves as host and facilitator of dialogue on the industry’s most pressing issues.

The speakers who participated focused generally on the topic of, “Growth Through New Retail,” a phrase attributed to Alibaba founder Jack Ma who used “new retail” several years ago to describe Alibaba’s blending of digital and physical retail.

The Consumer Goods Forum took a more expansive view of the new retail philosophy to encompass the role of new technologies to rapidly reshape business models, the power of purpose to inspire consumers and employees and the importance of new forms of collaboration to achieve impact at scale.

Scale was certainly in abundance at an event where the attendance of so many top executives prompted a protest from Greenpeace, tight security and the use of metal detectors at entrances. It comes with the territory when large corporations gather, whether in Vancouver or Davos, to address large, seemingly intractable global problem.