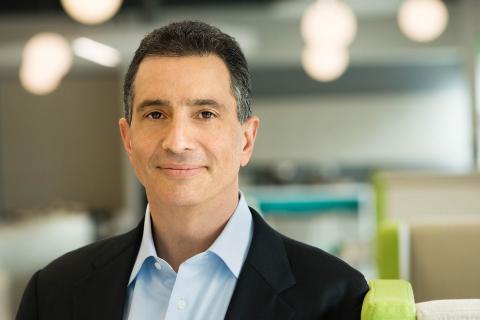 Eighteen months. That’s how long Steven Boal says it will be before digital methods of engaging with shoppers replace the familiar print promotional vehicle known as the free-standing insert.

If he’s right, the retail world and consumers are in for a big change and one that’s been a long time coming, as Boal can attest. In 1998, at the dawn of the Internet age, he founded Coupons.com with the intent of disrupting the world of retail promotions, but the transformative change happened more slowly than he expected. Today, Boal serves as chairman and CEO of Quotient Technology following a rebrand of Coupons.com in 2015 to reflect an offering of promotional solutions that had grown beyond the digitization of coupons.

“I was early with a capital E and an exclamation point,” Boal said of his initial plans to disrupt the world of print coupons. “In 1998 when I founded the company I actually expected, watching the way media consumption was changing, remember this was pre-smartphone and it was the Wild West out here in California, that about 20% of the physical coupons delivered in newspapers would transfer to digital. I was surprised, and continue to be surprised at how long it took for that to happen. Instead of it taking the original five years that I expected, it took 20 years for 20% to shift.”

The key driver of the shift was the decline of Sunday newspaper circulation, which today is less than half of what it was at its peak of around 62 million in the early 1990s. Meanwhile, digital methods of consuming information continue to gain traction.

“I'm a strong believer that a free independent press is a cornerstone of the democracy, but the printed newspaper is probably on its last leg sadly. And the printed coupon will be gone in 18 months,” Boal said.

Of course, it is possible that Boal is early in his prediction, as he was before, or even wrong. But the latter seem unlikely given digital trends overall and the fact that Boal now has a clear view into the world of CPG marketing. Quotient works with some of the biggest names in retail and more than 700 consumer goods companies. That means Boal is in a position to see change coming in how advertising budgets are being allocated and how shopper behavior is changing as a result of COVID-19.

“The thing that will likely surprise me the most over the next two years, is how quickly this entire industry goes from being a laggard to an innovator,” Boal said. “With the technological changes, the impact of COVID-19, which is an accelerant, and CPG's finally raising their hand and publicly saying they're coming out of the free standing insert, this 50 year old promotional vehicle will be gone in 18 months.”

Quotient, along with other digital marketing solution providers, is doing its part to accelerate the demise of print promotional vehicles. The company is among those offering marketers a better mousetrap to engage with shoppers in highly precise, measurable and impactful ways. One recent example involved the company’s decision in May to work with grocery delivery provider Shipt. The arrangement makes coupons from companies such as Bayer HealthCare, Kimberly-Clark, Colgate-Palmolive and Johnson & Johnson available through the Shipt website and app for the first time. Customers select their preferred retailer and then discover coupons as they browse the items they need, and coupons also appear for applicable items on product pages. Once selected, coupons are redeemed when items are purchased and delivered by a Shipt Shopper. Customer can also virtually clip coupons in the app’s savings tab to be redeemed later at checkout.

The shift toward digital promotions was well-established and the trend line was clear at the start of the year. However, when COVID-19 happened it caused short term disruption in CPG and retailer promotions while simultaneously helping to accelerate longer term digital trends. As the outbreak of COVID-19 turned into a national emergency and pantry loading occurred, many brands curtailed promotions because they weren’t needed to grow sales and shoppers were likely to be disappointed if promoted items weren’t available and out of stock levels were high. Also, retailers were looking to limit store traffic.

The combination of those factors caused an interruption in promotions, but also caused a massive shift in consumer behavior with more shoppers now digitally engaged. Customers who were already e-commerce users became even bigger digital fans while others eager to avoid setting foot in physical stores became e-commerce customers for the first time. As they did so they entered the digital food retailing universe where they comprise a new type of audience that retailers provide access to as a media platform.

As more shoppers enter the digital fold, it means CPGs and retailers can be more precise in targeting than was ever possible with print FSIs and circulars, which Boal defines as separate vehicles, although sometimes the terms are used interchangeably. For example, the FSI is typically delivered through a newspaper or mail delivery and is really comprised of direct response national and regional couponing. The circular is a vehicle that features manufacturer discounts for specific products negotiated with retailers, according to Boal.

“Both of those vehicles are on their way out,”Boal maintains. “The circular is moving more slowly than the FSI because so much of merchandising is dependent on that. And so while Quotient offers digital platform solutions for both of those, I believe the first thing to go will be the FSI.”

Regardless of the time frame in which the shift to all digital occurs, it has the potential to benefit smaller brands who may have lacked marketing budgets to participate in FSI or circular programs. Some of these smaller brands may have been purchased by consumers for the first time during the pandemic pantry loading period in March and April when they discovered their preferred brands weren’t available. Smaller brands who filled the void now have the digital means to drive repeat purchase and become a preferred brand.

“We have about 600 second, third and fourth tier brands on our platform and those brands are looking to stay top of mind with digital in a way that analog can’t,” Boal said. “They don't have the budgets and they also have cash flow concerns because they're also cranking up their supply chains. So we bring those brands to a retailer as a set and say, ‘here's an opportunity for all of these brands to participate in the retail system where they never had that opportunity before.’”

While Boal has a dim view of the future of printed promotional vehicles, he has a different view of the physical and digital retail world where he contends mixed mode shopping is going to be the new normal.

“Retailers that have the biggest store footprint, that are closest to the shoppers, that a lot of people show up to pick up their things and maybe discover something else, they are going to win in the long term,” Boal said.” But winning long-term also means retailers will have to redesign store spaces that are currently optimized for physical shopping, not the fulfillment of digital orders. “The innovative retailers are thinking about how to design stores for partial warehousing and partial discovery. There's actually some technological innovation and some process innovation coming that is pretty exciting.”