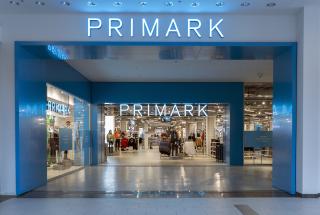 Primark is poised to continue its expansion in the U.S. and will open three stores in New York City before the end of 2022.

According to a Nov. 17 release, the Dublin-based fast-fashion retailer is opening store locations in Brooklyn, Queens and on Long Island. The retailer, which sells clothing and housewares, said the three New York stores push it further to its goal of 60 stores in the country by 2026.

All three locations are slated to open by the end of this year, according to the retailer. The first to open was the store in Long Island at the Roosevelt Field Mall in Garden City, which opened Nov. 17. The location is nearly 45,000 square feet and is the retailer’s 14th U.S. store and its 409th store globally.

"We're excited for the future for Primark in New York, as our current stores have shown the important role we can play in the region as an affordable and inclusive retailer, bringing back the allure of brick-and-mortar," said Kevin Tulip, president of Primark in the U.S., in the release. "Primark offers shoppers affordability without sacrificing quality. Whether they are shopping for their own essentials, the latest trend pieces, or fulfilling loved ones' holiday wish lists, we have something for everyone in the family and we are committed to delivering the best value on the high street."

The next location — the store in Queens on Jamaica Avenue — will open on Dec. 1. The Brooklyn store, located in the City Point shopping center in Downtown Brooklyn, will open at a yet-to-be-announced date in December, according to the release.

In addition to the new stores planned in the U.S., Primark hopes to operate 530 stores across the globe by 2026, which includes stores in new markets, like Romania and Slovakia. Primark came to the U.S. for the first time in 2015 when it opened a 77,000-square-foot store in downtown Boston.

The retailer already has several stores in New York City, including a store in Staten Island and another store in Brooklyn. It has also signed a lease to open another store in Queens, according to the release.

The retailer doesn’t currently offer an online storefront in the U.S. — its website directs customers to find a store location to purchase the products that are shown online.

"I think it's over 7 million people that live in Long Island,” Tulip said, according to the New York Business Journal.  “So we have got the density of population, bearing in mind we are a brick-and-mortar retailer. We don't have a transactional, online website for the U.S. We are very focused around that location that is going to have footfall and we are going to continue to drive further footfall."