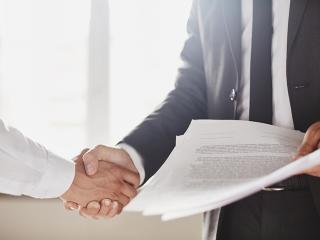 Marc Benioff’s company revolutionized the software industry with a unique business model that integrated philanthropy as a core element. Salesforce was in the cloud before there was a cloud, selling its software via subscription rather than the standard licensed approach. That approach proved hugely popular with customers, but equally distinctive was the creation of the company’s 1-1-1 philanthropy model. Salesforce donates 1% of its product, 1% of its equity and 1% of employees’ time to help nonprofits and educational institutions.

The value of those contributions didn’t amount to much 18 years ago when Benioff left Oracle to found Salesforce, but the impact is now huge because Salesforce is on track to log sales of $10.4 billion when its fiscal year ends in January 2018. Salesforce and its philanthropic entities gave $160 million in grants, delivered technology for free or at discounted rates to more than 31,000 nonprofits, and Salesforce employees volunteered more than two million hours. Those numbers will swell next year as the company has already forecast revenues could reach $12.5 billion.

The company’s success is rooted in disruption. It was among the first to offer a new technology model in cloud computing and a pay-as-you-go business model now commonly referred to as SaaS, or software as a service. The company also integrated corporate philanthropy into its business model to create a sort of virtuous circle where the better Salesforce performs the greater impact the company could have on improving the state of the world.

Benioff shared his perspective on the origins of Salesforce and a world undergoing disruption recently at the Gartner Symposium/ITxpo. Much of what he had to say is applicable to the world of retail and consumer goods, where disruption is around every corner and much of it is enabled by technology companies reshaping shoppers’ expectations.

“I don’t think anything can protect you from disruption. If you want to be a great innovator then you have to cultivate a beginner’s mind,” Benioff said, referencing the Buddhist philosophy of freeing one’s mind of preconceptions. “You have to get up every morning, just like I did today, and take a few minutes and do some mindfulness. Just let your mind go. Let everything go. Let your whole world go. Let your present reality go and then let everything get recreated again from the beginning. From the beginning of the beginning. If you can do that then you can continue to innovate.”

The beginners’ mind philosophy is something Salesforce takes so seriously that on every floor of the company’s offices there is a space called a mindfulness room, according to Benioff. Whether in the room or elsewhere, Benioff applies an approach he said Apple Founder Steve Jobs taught him that involves listening and receiving. When he wakes up in the morning, Benioff said he orients himself and gets into a sense of gratitude and foregiveness by saying thanks for the things that he is given every day.

“I try to let go of the anxiety and fears and stresses of the world and all the horror that you see on TV. I try to quiet my mind. I try to come all the way down and go deeper and deeper into my heart and let it all go,” Benioff said. “If I can get into that very quiet place, and if I can come down even further, then I can maybe start to hear the future and maybe I can hear the past at the same time. Then if I can start to delineate those two things, I can say, ‘All right, how are we all moving forward together.’”

Moving forward together is key to Benioff’s view that businesses should be platform for change that serve stakeholders as opposed to simply shareholders, although both groups have done exceptionally well with Salesforce. The company has produced tremendous returns for shareholders, benefitted communities in which it operates and created good paying jobs and opportunities for employees who consistently rank the company as a great place to work. Salesforce as a platform for societal progress is working quite well too and that’s important to Benioff who has a “we’re all in this together” view of life on Earth.

“Our political leaders are not going to take care of us. We’re all going to have to take care of ourselves. Everyone is in charge,” Benioff said. “We can’t just rely on one president of one country, or one governor of one state or one mayor of one city. The world is changing and changing fast. It is going to take all of us with a level of responsibility to pick out that one thing that we are going to do to make the world better and to do it. I feel that more strongly today than ever.”

It is a message Benioff shares with zeal by encouraging other companies to follow the Salesforce 1-1-1- approach he says was inspired by retired general and former Secretary of State Colin Powell. Benioff heard Powell speak in the late 1990s prior to founding Salesforce at an event called the Presidents’ Summit for America’s Future created by former presidents Bill Clinton and George Bush.

“Colin Powell had a huge impact on my life,” Benioff said.

By early 1999, Benioff had founded Salesforce after raising money from friends because risk averse venture capital firms were leery of the cloud computing, software as a service, philanthropy model Benioff was pitching.

“When I went to every single venture capitalist in Silicon Valley they all turned me down. They said, ‘We don’t believe in this model. We don’t think it is a good idea. We don’t see how you can compete with Microsoft, Oracle, SAP and other companies that don’t even exist today,’” Benioff said. “You have to believe in yourself, have clarity of vision and purpose and soldier on and that’s what we did.”

Because the Salesforce approach was unique, one of the things that became clear to Benioff early on was he needed to improve how he communicated what the company was doing and its vision.

“When I called on venture capitalists and gave my presentation I thought I was crystal clear. These are some of the greatest minds in Silicon Valley and they were dumbfounded,” Benioff recalled. “What I was saying made no sense to them. That’s when I realized just because it is clear to me doesn’t mean it is clear to everyone else. When you have clarity of the future and you can see what is going to happen, that’s one thing, but the ability to communicate that and get people to follow you is something else.”

These days Benioff doesn’t have a problem with people following him. Salesforce holds the holds the world’s largest software conference called Dreamforce in San Francisco. The event drew roughly 170,000 people in early November and another 10 million participated online, according to the company. RL