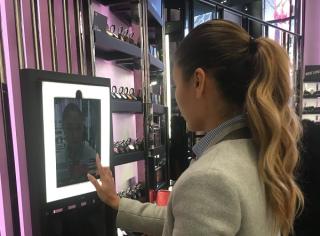 In a consumer world where the life cycle of “the next best thing” is barely longer than the time it takes to say it, buzz words such as virtual, augmented and mixed reality could easily seem like a fad. That’s hardly the case. The market for virtual (VR) and augmented (AR) reality headsets is expected to grow to $143 billion with unit shipments hitting 200 million by 2021, according to the latest research from International Data Company (IDC). The long-term opportunity is only beginning to be realized and retailers and brands are beginning to take notice.

The evolution to digital in consumerism has been rapid. From Baby Boomers to Gen Z, cutting edge technology has already changed the way all age cohorts consume information and shop. Retail’s dependency transition to online and mobile is now ubiquitous. And mobile will in turn help that trend continue, as low-cost smartphone VR devices are seen as short-term catalysts for broader adoption of VR and AR. It’s worth noting the difference between the two: VR is a fully immersive 360 degree virtual environment you “step into” when wearing a VR headset while AR is an augmented overlay that changes visual components of your existing reality.

While VR and AR have already proven to be alternative ways of consumer interaction, without question, virtual, augmented and mixed realities will be the media of Generation Z. Content creators and other visionaries are still in the early stages of optimizing the use of each medium and the industry is still testing consumer response to various applications. Meanwhile, the technology is finally catching up to the vision. From a best use perspective, the industry remains in an experimental phase with developers quickly finding their legs for the journey ahead.

That’s a good thing because the gap between shopper expectations and retailer capabilities needs to close. Shoppers expect retailers to use technology, but a September 2017 survey from Digital Bridge, a communications infrastructure investment firm, showed that 51% think retailers are failing in their efforts to utilize new technology. A full 69% of shoppers expect retailers to launch an AR app within the next six months, and 44% want both AR and VR in the next 12 months. The Digital Bridge survey also showed that 41% of shoppers already expect AR access in retail, and 30% say they would be more likely to buy after using mixed/augmented reality to preview product.

Other surveys, especially those looking at Gen Z, reveal similar findings which begs the question, why aren’t we seeing more use of VR and AR in retail? Mostly, companies are still trying to understand how to use them. With the inextricable merging of brand messaging and immediate product experience, there’s never been a better way to tell a brand’s story than through an immersive platform. Boomers and Millennials may still be driving current spending forecast but Gens X and Z’s purchasing decisions will determine the future. And they have a very different relationship with tech and expectations around their consumer experience.

Of those 200 million VR and AR headsets IDC expects to ship by 2021, 82.5% of the AR devices and 28% of the VR devices will be used commercially. We will see the increased use of VR and AR headsets used at retail stores, real estate offices, design companies, museums, entertainment parks, theaters, schools and education programs. This leads to all sorts of possibilities for innovation to take place across all functions related to consumer goods, including sales, marketing, category management, promotions and packaging. Right now, AR is being used to sell products in categories such as design, furniture, clothing, makeup and eyewear. AR works well in these categories because it meets sales needs specific to these products. What’s fascinating is that even through many of these AR applications are rudimentary in their offerings, consumers have still been responsive. Why? Because AR is helping solve the “imagination gap.”

Meanwhile, VR is helping companies maximize brand impact and consumer engagement by reducing the costs of prototyping concepts and market research, even allowing companies to dial down to small store sales without additional outlays often not supported for smaller markets. VR also works well for shopper research and concept prototyping because it can significantly reduce time and cost with a more efficient approach to product testing. By conceptualizing new ideas and testing out variations using virtual instead of physical space and mock ups, companies have been able to increase impact value through reduction of time, labor and outlay costs, accelerating speed to market.

The perennial challenge with marketing efforts is knowing what works and what doesn’t. With VR, advertising and marketing is low hanging fruit. While the consumer market has been slow to adopt, some of the barriers such as price point and form factor are changing quickly, giving rise to in-visor advertising opportunities. The same is true for AR. Given that shoppers can quickly click “close” pop up ads or have to wait a frustratingly long time to opt out of video ads, companies are re-thinking how to get the attention of shoppers. AR is providing an opportunity for brands to market in new ways, and most importantly, the customer isn’t tuning out. A great example is Lego’s use of AR to show kids what they could be making, by using an AR “reflection” of the final product. With AR, they turned one-dimensional information into a consumer experience.

The idea of experience over product is nothing new. Analysts have long indicated this trend for everything from travel to the local mall. Experience in a multi-directional way has taken over traditional A to B directional marketing and consumerism. And consumers are showing a willingness to even pay ticket prices or provide data in exchange for these experiences. For example, entertainment studios have used VR as an ancillary experience, marketing its bigger product — driving movie sales while simultaneously creating a new revenue stream with ticketed VR experiences.

With challenging conditions — and change — in brick and mortar, in-store tech such as Magic Mirror is being used to showcase products like makeup or eyewear, increasing in-store engagement and sales. Lowe’s is increasing in-store engagement while boosting sales by using VR in their “Holorooms”, helping customers visualize their renovation ideas and make smarter design, decorating and purchasing decisions. Retailers are seeing that experience based tech can lead to an in-store purchase by immersing users in a branded experience.

With millions of people expected to have VR and AR at home (or on their phone), industries have a chance to reach the individual in new ways. A great example of a direct-to-consumer product is the Vivid Vision lazy eye disorder treatment. Here, opticians provide their patient a prescription supplement for in-office treatment for lazy eye correction, using the patient’s personal VR system — only available to download via prescription.

As technology changes, retail has a great opportunity to change with it. The applications of AR and VR are broad and may one day soon have the “Amazon effect” of customers wanting a one-stop shop of fulfillment utilizing immersive, experiential realities that take them to new places, with much higher expectations. RL