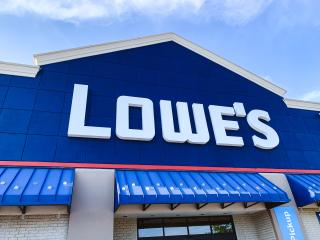 Lowe's is partnering with Nvidia in an effort to implement augmented reality (AR) technology to improve its stores, it said in a release.

The home improvement retailer said it would partner with the tech company to create “digital twins,” virtual replicas, of two of its stores, one in Mill Creek, Washington, and the other in Charlotte, North Carolina.

"We're thrilled to pioneer retail digital twins and elevate experiences for both our associates and customers," said Seemantini Godbole, Lowe's executive vice president and chief digital and information officer, in the release. "Through emerging technology, we are always imagining and testing ways to improve store operations and remove friction for our customers."

The technology could be used to mock up a future in-store display more efficiently, Lowe's said. For example, without the need to create a physical mock-up, its workers can run simulations to see what would happen if the store was rearranged, and they can also more easily collaborate with the retailer’s centralized store planners, the retailer said.

The digital twin stores will also enable Lowe’s associates to use a technology that the retailer has dubbed “X-ray vision” to see what’s inside hard-to-reach boxes in the store’s top stock, the release said. It will also enable the retailer to create 3D heat maps that show products in the store that are frequently purchased together, allowing its planners to consider different arrangements to maximize efficiency for customers.

Kroger also this year similarly announced it was teaming up with Nvidia to create digital twin replicas of its stores. The retailer said the collaboration, which also involved building a “state-of-art AI lab and demonstration center,” would help strengthen its freshness initiatives.

More retailers have been adopting AR and other technologies in an effort to improve the experiences of their customers and their employees, including: