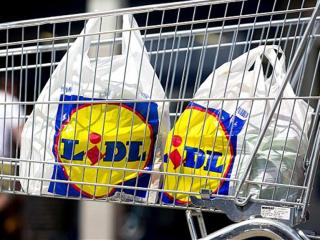 While many U.S. grocers are wrestling with the expense and operational considerations of executing home delivery or click and collect, Lidl offers neither. Since the European food retailer opened its first U.S. stores this past June the company has focused on operational basics, refining product assortments and extending its unique retail concept to a larger number of markets than originally expected. By the end of September Lidl had opened more than 30 stores in Virginia, North Carolina, South Carolina and Georgia. Initially, the company said it expected to open 20 stores this summer enroute to opening up to 100 stores across the East Coast by next summer.

The 2018 growth target now looks to be conservative with the surest indicator being Lidl’s expansion of supply chain infrastructure. In addition to its headquarters near Washington, D.C., Lidl has regional headquarters and distribution centers in Spotsylvania County, Va.; Alamance County, N.C., Cecil County, Md., and recently announced a fourth location in Bartow County, Ga., northwest of Atlanta.

That’s a lot of capacity for only 100 stores and the investment is noteworthy because Lidl’s emphasis on physical growth comes as virtually every other U.S. food retailer has curtailed expansion in favor of applying capital budgets to remodeling activity and digital efforts. Lidl has an app, but functionality is limited to creating and sharing lists, browsing promotions and having savings applied at checkout by scanning a code. Lidl may follow the digital path of other grocers, but for now the company is intent on physical expansion with a differentiated format and merchandising strategy.

“When you shop at Lidl, you experience less complexity, lower prices, better choice and greater confidence. For us, that’s grocery rethought,” Brendan Proctor, President of Lidl U.S., explained in a magazine distributed to shoppers at store openings.

Lidl encourages shoppers to “rethink grocery” and goes to market with a set of merchandising, marketing and store operations attributes, none of which is unique in their own right, but collectively make the Lidl concept distinctive.

For starters, the stores all measure 20,000-sq.-ft. and boast an identical layout, which makes it easy for shoppers and employees. Roughly 90% of the limited assortment are Lidl brand items, similar to Aldi’s strategy. The private brand emphasis means Lidl owns the supply chain and can customize packaging and case sizes for shelf ready display in stores, minimizing labor costs. Other retailers seek to apply standards, but are dependent on compliance from brands to realize the efficiency benefits.

Where things start to get a little weird with Lidl, from the standpoint of conventional grocers anyway, is the retailer’s approach to general merchandise and application of the treasure hunt philosophy. Lidl wants shoppers to expect the unexpected and promotes a “get it before it’s gone” mentality. For example, one recent ad featured an eight gallon electric air compressor for $99 and a whole range of attachments such as wrench and chisel. Another application of the treasure hunt can be found in apparel, a category the typical grocer steers clear of. Lidl has a deal with supermodel, designer and America’s Got Talent co-host Heidi Klum to offer seasonal apparel collections.

The offering of general merchandise and treasure hunt approach is probably the one factor that most distinguishes Lidl from conventional grocers. That could be a good thing for Lidl considering how successful the strategy has been applied at retailers such as Costco, TJX Companies and Dollar Tree. Each drives traffic with sharp values on limited quantities of merchandise and that approach has provided somewhat of a competitive moat relative to e-commerce retailers.

Lidl also relies on the familiar, but effective, tactic of limited duration price promotions. Lidl’s version is called Fresh 5 and derives its name from price discounts on five items that change every Monday and Thursday.

THE EASY PART IS OVER

Lidl’s differentiated approach and newly constructed stores have piqued shoppers’ curiosity, which is evident from the crowds of shoppers kicking the tires at the newest retailer in their community. And Lidl knows how to enter new markets, considering the company operates more than 10,000 locations in 27 countries. There are many reasons to think Lidl will be successful in the U.S., but it is worth remembering that international expansion has tripped up many a big name retailer who felt the same way about their prospects. Just ask Walmart, Tesco and Target. Walmart was at the top of its game in the 1990s when it entered Germany via acquisition. Tesco entered the U.S. market with a concept called Fresh & Easy in 2007. Target was also performing well when it made an acquisition in 2011 to facilitate its entry into Canada. In each case, the companies invested billions only to exit the markets after failing to win over shoppers.

It’s too early to say whether a similar fate awaits Lidl or if it will be a runaway success story, but one thing is for sure. The company’s hardest work is ahead of it as it refines product assortments and marketing efforts to wrest shoppers away from other retailers intent on growing their own share. The company also has to live up to the “rethink grocery” hype it has created by executing operational basics of keeping stores clean, in stock and adequately staffed.

To be sure, it is still early days for Lidl but its first year performance will tell whether it is able to increase sales from new shoppers while continuing to attract others while all of its competitors are attempting to do the same thing. That is a huge challenge, but so too is the company’s all-in attitude on physical stores. Lidl stores, while differentiated in many respects, are at their core another “place” to buy food. The addition of more places to buy food comes at a time when increasing numbers of shoppers define place as the palm of their hand. It’s why retail leaders such as Walmart and Kroger have quickly ramped up their click and collect capabilities and now offer the service at more than 1,000 locations respectively.

Lidl may eventually up its digital game, but for the time being retailers in the eastern states Lidl has targeted for expansion have to cope with another source of customer traffic leakage. RL