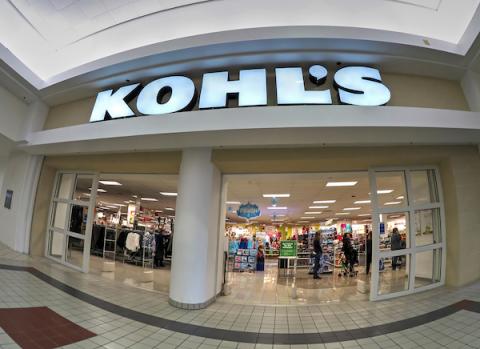 Macellum Advisors owns a nearly 5% stake in Kohl’s and believes that the board is in need of a “refresh.”

“The board’s decision to hastily reject at least two recent expressions of interest to acquire the company, both of which included sizable premiums, suggests it is no longer operating with impartiality and objectivity,” Marcellum Advisors’ Managing Partner Jonathan Duskin wrote in a public letter. “The fact that the board simultaneously adopted what appears to be an onerous, two-tiered poison pill indicates to us it is also no longer prioritizing shareholders’ interests.”

The comments come after Kohl’s received two separate potential buyout offers from  private-equity firm Sycamore and Acacia Research, backed by Starboard Value. The deals both offered premiums on the company’s current stock price. However, the board of directors responded that the deals did not reflect the true and future value of the company.

[Kohl’s Says No Thanks to Takeover Bids]

Kohl’s also adopted a temporary shareholder rights plan that expires in February 2023. The plan safeguards from a hostile takeover by ensuring the board of directors can conduct an orderly review of expressions of interest, including potential further engagement with interested parties. Macellum Advisors dubbed this plan a “poison pill” that “seems like it was structured to chill a sale process.”

According to Macellum, the plan “prevents a potential acquirer from bringing an offer directly to shareholders without risking substantial dilution.”

[Kohl’s Under Pressure to Break Out Digital Business]

In response, Kohl’s slammed Macellum’s nominations as an attempt to take control of the board, calling the move “unjustified and counterproductive.” The department store retailer noted it has already appointed two of Macellum’s nominees to its board of directors, as well as another mutually agreed upon designee, as part of a 2021 settlement agreement with Macellum and certain other shareholders. In addition, Kohl’s argued all its board members, including its CEO, are independent.

Kohl’s also called out Macellum for previously claiming the company was worth at least $100 per share and then being shocked when it rejected offers of $65 and $64 per share in the two buyout bids.

“Macellum’s claim to be ‘disappointed and shocked’ by Kohl’s rejection of the previously disclosed expressions of interest is disingenuous,” Kohl’s said.

The retailer also commented on its future projections, stating it plans to meet its financial goals two years ahead. The company has launched a new strategy and leaned into consumer behavior changes throughout the pandemic. Kohl’s also teamed up with Sephora to create shop-in-shop experiences at certain locations and to draw in customers.