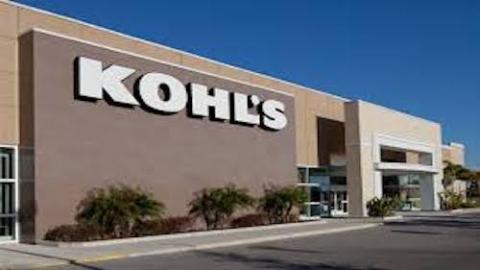 The retailer announced today it has received more expressions of interest in acquiring the department store retailer. The news comes as no surprise, as at least two financial companies were expected to make acquisition bids last week. Private-equity firm Sycamore Partners and Canada’s Hudson’s Bay were both outed by The Wall Street Journal for their interest in buying Kohl’s.

The retailer has retained Goldman Sachs to work with the bidders to “refine and improve their proposals” with committed financing and binding documentation.

The latest bids come after Kohl’s already rejected two buyout offers––one from Sycamore and another from Acacia Research, backed by Starboard Value.The company’s finance committee of the board has been leading an ongoing review of any expressions of interest since Feb. 4.

In addition to announcing it had received new takeover bids, Kohl’s also published a press release about its upcoming shareholders meeting on May 11. The retailer previously announced a shareholder rights plan that safeguards from a hostile takeover by ensuring the board of directors can conduct an orderly review of expressions of interest, including potential further engagement with interested parties.

The plan intended to stave off threats from Macellum Advisors, which owns less than a 5% share in the company. Macellum Advisors nominated 10 independent candidates to the board of directors for Kohl’s after the retailer rebuffed the first two offers from Sycamore and Acacia.

In addition to the shareholder plan, Kohl’s reiterated its strategy, including committing to smaller-format stores and expanding its partnerships for shop-in-shop locations with Sephora. The retailer plans to open 100 new stores over the next four years and grow its digital business from roughly $6 billion to $8 billion. Kohl’s also stated its value proposition to shareholders as a public company.

“We returned over $1.5 billion to shareholders last year, more than all of our department store peers combined,” read the March 21 letter to shareholders.

Kohl’s also slammed Macellum’s nominees for board positions, stating the candidates “lack the experience necessary to oversee value creation.” The retailer also pointed out that six new independent directors have joined the board in the last three years––three of which were added as part of a deal with Macellum.