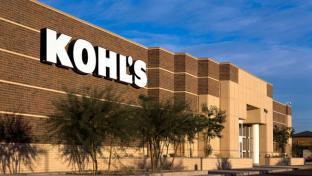 The offer comes as Kohl’s has faced numerous offers from bidders, including a joint bid from private-equity firm Sycamore Partners and Canada’s Hudson’s Bay. Prior to that, Kohl’s received offers from Sycamore and Acacia Research, which is backed by Starboard Value. The retailer rejected both buyouts. Kohl’s has tapped Goldman Sachs to field offers and coordinate with select bidders.

Kohl’s has been under pressure from activist investors for the past several months, with some shareholders pushing Kohl’s to sell. As a result, the retailer has transitioned to a temporary shareholder rights plan that expires in February 2023.

The deal from the parent companies of JCPenney, Simon Property Group and Canada-based Brookfield Asset Management, offers Kohl’s $68 per share. The company’s share price was just under $60 as of April 26, according to Market Watch.

Simon Property and Brookfield Asset Management acquired JCPenney in 2020 after the company filed for bankruptcy. The 118-year-old retailer faced significant hardship during the early days of the COVID-19 pandemic as stores shuttered. JCPenney has since shut down one-third of its stores.

JCPenney’s owners would keep the two retail brands separate under terms of the deal, while also streamlining operations and cutting costs, The New York Post reported. The plan would bring both retailers under one management team and information technology system. All private apparel would be manufactured by the same in-house label, as well. The bidders aim to cut costs by $1 billion over three years.

Simon and Brookfield also would end the plan to add more Sephora shops within Kohl’s department stores. The partnership with the beauty retailer has been key to Kohl’s strategy. The retail giant recently announced it was adding 400 more Sephora shops in Kohl’s locations, adding to the 200 already in place.