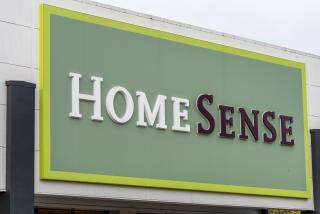 Homesense, the sister brand to HomeGoods, will open a new location in Virginia later this week.

The store will open in Newport News, Virginia, in the Tech Center shopping center on Nov. 17, according to a release. Homesense is the latest retail concept from HomeGoods and features furniture, rugs, wall art and mirrors, and a lighting section, according to the release.

Homesense stores also include a dedicated “work from home” section designed to furnish home offices, the retailer said. Additionally, the stores offer seasonal items, including holiday decor — the retailer said its prices on these items were as much as 50% less than those at department and specialty stores.

"Homesense brings customers even more of what we know they love – beautiful, quality home merchandise at incredible values," said John Ricciuti, president HomeGoods and Homesense in the U.S., in a release. "We are thrilled that Homesense brings a vast and unique selection for customers to discover and curate the homes of their dreams and can't wait to bring this extraordinary shopping experience to the Newport News community."

There are more than 40 Homesense stores in the U.S. It’s the latest spin-off created by TJX Companies, which owns chains such as T.J. Maxx, Marshalls and HomeGoods in the U.S.

Homesense, which first existed in Canada and in Europe, first announced that it was coming to the U.S. in 2017. The retailer at the time said the stores would offer products similar to those sold at HomeGoods, but it said the new store was meant to complement the existing brand, according to Apartment Therapy.

“While we are proud to have grown our HomeGoods customer base for many years, we believe we remain significantly underpenetrated in the total U.S. home market and enormous opportunity remains for us to gain share in this space,” TJX CEO Ernie Herrman said in 2017, according to the report.

The new Homesense store in Newport News is part of a continued expansion from the brand in the past several weeks. The retailer opened another Homesense location in Sarasota, Florida, on Nov. 10, according to a release. In October, the retailer opened a store in Richmond, Virginia and another in Amherst, New York.