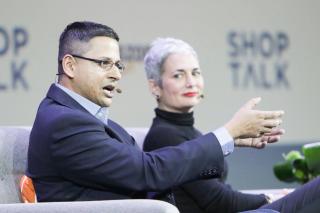 The demise of the cashier has been a long time coming. First came self checkout systems that steadily gained popularity as the user interface improved. They are now widespread and continuing to expand even as leading retailers roll out app-based scan and go systems that leverage smartphones as scanner and payment devices.

A new milestone in the advancement of the frictionless checkout experience occurred in January at the unveiling of the Amazon Go store in Seattle. Shoppers scan themselves into the store, take what they want and leave. The 1,800 square foot space is filled with thousands of cameras and sensors capturing data that runs through complex algorithms to determine who took what so customers receive an accurate receipt after they walk out.

The complex technology and code required to make Amazon Go go wasn’t easy to develop but it was easier for Amazon than other retailers who don’t have thousands of technologists focused on machine learning. Strangely enough, because most of those at Amazon have been exclusively involved in e-commerce operational issues related to category management, space utilization and replenishment of high velocity products is where some of the challenges have been.

“We are the opposite of a lot of folks because the physical part of retail is new to us,” Gianna Puerini, Vice President of Amazon Go, said earlier this year at Shoptalk. “The store associates spend the vast majority of their time keeping the shelves stocked.”

Some of the employees also have to let customers know it is okay to just leave.

“We even wrote above the (exit) door, ‘you’re good to go. Thanks for shopping,’” Puerini said. “Watching customers pause and ask and then see the excitement when they get to just leave has been fun.”

While the store experience is new, it is not hard to imagine how those who frequent Amazon Go in Seattle or other locations, which are rumored to be in the works, will come to expect a more streamlined payment experience from other physical retailers. As for what happens to cashier jobs, a concern heard with the advent of self-checkouts, Puerini said Amazon’s view was that checkout isn’t the best part of the physical shopping experience, but physical shopping is fantastic.

“We just said let’s put people on tasks that add more value,” Puerini said, adding the store has a kitchen full of cooks, employees stocking shelves and greeters at the entrance to help shoppers understand the new experience.

She leads the business side of Amazon Go, including operations, product development, design construction and prepared food and meal kits. Her colleague, Dilip Kumar, serves as Vice President of Technology for Amazon Go, and explained how the main challenge with the store was making sure technology was transparent to shoppers.

“We kept coming back to what sets of technologies tend to use and leverage use machine learning the most. How best to leverage computer vision and bring it to bear to the problem of who took what in a grocery store setting,” Kumar said.

Amazon avoided an RFID solution because it didn’t want to want to incur the operational burden of tagging items and instead created a “just go” solution that was seamless. To do that required understanding and interpreting video and pushing the boundaries of computer vision because of a grocery environment where there are a lot of visually similar items, according to Kumar.

The cashier-less approach taken by Alibaba in China is different and relies on facial recognition and RFID. A concept called Futuremart now open in Alibaba’s corporate campus in Hangzhou offers an assortment of general merchandise products equipped with RFID tags. Readers detect when products leave the store and Alibaba’s Happy Go facial recognition system detects a person’s identify and is linked to their payment method. Discounts can be earned by smiling.

The company’s Alipay division has also begun testing Smile to Pay facial recognition with a KFC healthy food format called KPRO in Hangzhou. The system takes two seconds to scan a customer’s face and they also input their phone number to complete the transaction. RL