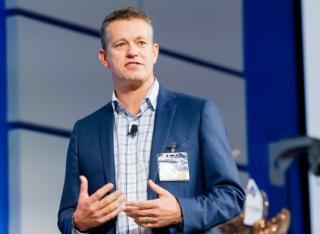 John Furner assumed the role of President and CEO of Sam’s Club on Feb. 1, 2017, but it wasn’t until last week at Walmart’s investment community meeting that Furner shed new light on his strategy to reinvigorate the club business model and accelerate growth.

“We’re simplifying everything we do,” Furner told investors during his first appearance at the meeting in his current role. “We've invested in technology, we found new ways of working, and these are helping us to run a flatter, more efficient organization.”

Aside from operational and structural adjustments, which are common among retailers, Furner said the major change being made at Sam’s Club relates to how the organizations views it members.

“We're narrowing our target member and we're taking more steps to become special to that member,” Furner said. “Over the years, we've had at Sam's Club a number of strategic shifts. We tried to serve a wide variety of incomes, some of which was driven by real estate locations. And we've attempted to serve too many types of small business members.”

The constant refocusing on different member types was drive in part by frequent leadership changes – Furner is the division’s 10th CEO since the first Sam’s Club opened in 1983 – which often resulted in a shift in strategy. Going forward, Furner said Sam’s will be very clear about the member it serves, which 95% of the time is a person buying products for household needs.

“We really have one member and I want you to think of them like this. It's a busy family, typically living in the suburbs with one or two incomes,” Furner said. “They make somewhere between $75,000 and $125,000 a year. They may own a couple of cars. They may be employed or self-employed. They may own a small restaurant or run a small office and purchase a few things for their business.”

Furner’s view is that if Sam’s can become more special to this member group, it can earn a greater share of their wallet. As a result, the organization is moving forward quickly to align the entire business around the narrower view of the member.

“We're evaluating everything from our membership offering to our merchandise categories to our locations, and we've got some important choices to make in the future,” Furner said. “So what's next? It's to improve our value proposition to that member, to present a unique offering and an experience that works with their lives.”

To see what else Furner had to say, in addition to Walmart’s other top executives, a transcript of the half day event is available here.