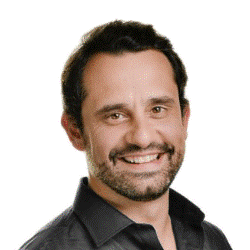 It’s not the first time that Facebook has had to weather a defection of brand advertisers. Given what the world has been through in the past six months, it may seem like ancient history, but as recently as April 2019, Mark Pritchard, the chief brand officer for P&G, excoriated Facebook, Google and other giants in the digital advertising industry for, among other misdeeds and shortcomings, a lack of transparency, customer privacy breaches, and something that has emerged as a top concern among advertisers: brand safety.

This last concern — a big issue over the past few years but brought to the forefront amid the pandemic and the growing Black Lives Matter protests, with the increased proliferation of unwanted and offensive content surrounding ads — may be a lot tougher today than a year ago. But it may be just the problem that advertisers need to address as they search for places to invest. Because retailers possess the customer insights — on what people want, when they want it, and how to get what they want — they are now poised to become even better partners with brands, with a timely focus on media. It’s the result of a data revolution that has been brewing over the past few years, and it’s now coming to practical fruition.

“Because retailers possess customer insights that they benefit from closely sharing, they are now poised to become even better partners with brands, with a timely focus on media.”

At one time, this was the most dreaded word for social media companies which over-promised results. But it’s always been a problem for advertisers. In the early 20th century, John Wanamaker, the proprietor of one of the first department stores in the U.S. (and which eventually became part of Macy’s) famously complained that, “half the money I spend on advertising is wasted; the trouble is I don't know which half.” Of course, this was well before the emergence of the digital media platforms which have access to categories and varieties of customer data previously unimagined. Only one problem; until recently, most of that data belonged to the digital media platform, not the advertisers, and certainly not the consumer (the European General Data Protection Act and the California Consumer Privacy Act of 2018 are helping to redress that). Regulatory pressure, social pressure, and business imperatives are all conspiring to make data more open. And here’s where retail media has one clear advantage: it benefits both retailers and advertisers to come together and think strategically about what the data — first-party data, and the closest to the point of sale — tells them. Big retailers like Walmart, Target and Kroger in the U.S. and Tesco in the UK and other territories — have been finding novel ways to leverage data-driven, privacy-protected customer insights for the benefit of retailers, brands and customers.

Brand Safety is a Big Deal

Which brings us to the topic of immediate concern for advertisers: how safe is their brand in increasingly noisy social platforms? Can a brand afford the risk to its reputation if one of its ads appears next to hateful or polarizing content? Again, this was already a concern at P&G and other brand advertisers more than a year ago. And the contextual advertising industry — composed of text companies that scour the Web for inappropriate content — was given a second life largely because of this concern. But unlike contextual and competing adtech, retail media obviates the brand-safety question by primarily working with retailers’ own data on the web, in apps, via email in real-time. Brands can also use retail media to use advanced technologies like predictive analytics to reach the right consumers wherever they are on the customer journey in brand safe environments.

“Retail media may not only be safer but also more effective, the ultimate measure of success. It’s as if ‘brand safety is just a table stake for competing in today’s media industry. The highest order of relationship between media platforms and brand advertisers is not cooperation but collaboration.”

Collaboration: the fruits of trust

In the end, retail media may not only be safer but also more effective, the ultimate measure of success. It’s as if “brand safety” is just a table stake for competing in today’s media industry. The highest order of relationship between media platforms and brand advertisers is not cooperation but collaboration. Again, because retailers and brands are both incentivized to work together more intimately, collaboration is a winning proposition for both parties. For brands, it enables them to address assorted challenges they face today, such as winning back and retaining shoppers, introducing promotions that are not just relevant but profitable, and appealing to price-sensitive shoppers who adopted new habits and behaviors during the lockdown phase of the pandemic that they are unlike to change when the economy truly “reopens.” These values are shared by retailers, many of which are grappling with the challenge of keeping solvent long enough to benefit from their position of strength. Forward-looking brands and retailers enjoy a shared destiny, and the vehicle is customer data. Let’s look at 2020 not just as the year that the world stopped briefly, but as the time that two industries critical to the health of the U.S. economy got together to make a positive difference.

Jose Gomes is president of North America for dunnhumby.