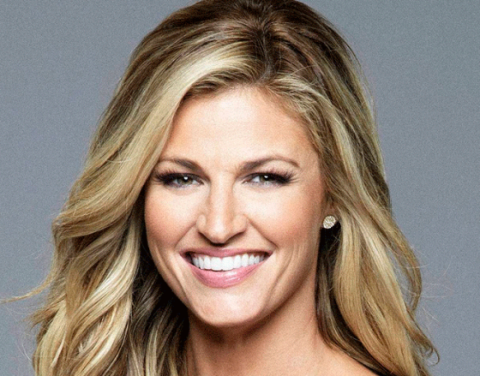 The journalist, former "Dancing With the Stars" host and entrepreneur has teamed up with Avocados From Mexico.

The journalist, former "Dancing With the Stars" host and entrepreneur has teamed up with Avocados From Mexico (AFM) on a digital campaign to inspire grocery shoppers to take their love of Super Bowl guacamole to the next level this year. Andrews, who currently reports for “FOX NFL Sunday” on sideline coverage and features, says she joined AFM's first-ever in-store celebrity shopper engagement program because, well ...

"Who doesn't love an avocado from Mexico?," Andrews said in an exclusive interview with Progressive Grocer. "I don't really attach myself to anything that isn't organic or doesn't make sense. I'm a gal who loves to eat. I have adored this partnership with Avocados From Mexico because they are healthy, they are always in season. It's a one of a kind taste. And now that most of us are going to be watching the big game from home, it just makes sense to celebrate on Sunday with a nice bowl of guacamole."

With more than 2 billion avocados imported from Mexico every year, Super Bowl Sunday remains the top usage occasion for fresh guacamole. But beyond the big game, avocado sales have reached new heights during the pandemic. The Association of Producers and Packers Exporters of Avocado of Mexico predicts that this year exports of the fruit will grow 4% compared to record high avocado exports and sales in 2020.

Teaming up with Avocados From Mexico felt natural for Andrews, who recently became a retail brand herself. In 2019, Andrews launched a women’s NFL apparel line called WEAR by Erin Andrews.

"I've been in sports forever, and I felt there was a white space and room out there for your everyday female fan that wanted to be fashionable, but support their team at the same time," Andrews said.

The brand, designed for sports-obsessed women to wear anywhere and everywhere, has become one of the top NFL women’s only brands in retail. Due to overwhelming demand, WEAR expanded to the NBA and select NCAA schools in 2020.

"I've learned that women are underserved in terms of apparel," Andrews said. "And that there's fans of all types, interested in a lot of different things. They want a varsity, they want a sweater. They want a legging look. They want to be stylish and be proud of their colors, their logos. We've learned a lot about female sports fans over the last two years."

Among all the lessons she's learned, the most important one so far came from her friend, Michael Strahan.

"Work like you're broke every single day, you know, just keep at it, because if you don't, who else will?" she said.

The WEAR brand is sold through the NFL Shop, Lids and Fanatics, but Andrews is eyeing mass retail next.

"My hope is that we are everywhere. Our slogan is anywhere everywhere. And my hope is that we are in as many places as possible," Andrews said. "My hope is that we go unisex as well and get kids. But this is only our second complete year. Next year will be our third and we are growing, getting bigger, getting better. And that's the improvement I want to see. But yeah, I'm pretty nuts when it comes to business opportunities and I obsess about it. So I want to be in as many places that touch as many fans as possible."