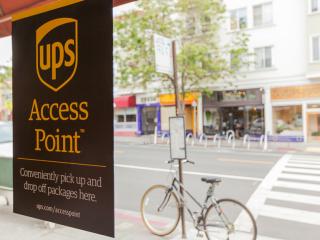 UPS has been a supply chain and logistics leader for a long time. But that’s not good enough in the digital age where technology is changing everything and all companies are competing for tech talent. It’s why UPS Chief Information and Engineering Officer Juan Perez is on a mission to change how people — employees, customers and potential new hires — think about the 110 year old company.

The reason why relates to how UPS is leveraging technology to transform its business and the technology talent required to do so. When a company is best known for its fleet of brown trucks, it makes it hard to compete for technology professionals alongside alongside Google, Apple and Facebook, according to Perez.

“We need to constantly communicate to the world that we are not just a logistics company that does many great things for our customers, but we are in fact today a technology company,” Perez said.

The ability to convey that message is one of the reasons Perez agreed to participate as a key note speaker at Gartner’s recent Symposium IT/xpo. UPS has quite a few interesting projects underway on its innovation roadmap that promise to make package delivery more efficient and flexible. For starters, those handheld devices drivers have been carrying since 1989, long before the advent of smartphones, they are about to get a major upgrade. The unit is known as a Delivery Information Activation Device, or DIAD, and the fifth version of the device is nearing the end of its useful life with a sixth version due for release in 2018.

“We are now in the middle of working on the new iteration of the mobile device our drivers will use. It will be a complete transformation in the way we do business,” Perez said. “We will have a different form factor that will be easier to use. We are making it easier for people to learn how to use it to enhance the way we communicate and engage with our empowered consumers.”

Serving the empowered consumer who wants everything on their terms is also at the root of another innovation UPS plans to release in 2018. The company’s technology platform that determines a driver’s route is known as ORION, short for On Road Integrated Optimization and Navigation system. ORION is not new, in fact Perez said it has saved the company roughly $400 million since it was launched because route optimization savings can add up quick for a company that operates 100,000 vehicles worldwide. In the U.S. alone, UPS can save $50 million annually simply by helping every driver avoid one mile per day over the course of a year, according to Perez.

When ORION 3.0 is released next year one of the advantage with be even greater route optimization because during the course of a day in which a driver makes an average of 120-130 deliveries the optimal route can change multiple times based on customer requests, traffic or other variables UPS systems are able to capture and analyze in near real time.

The need for ORION 3.0 stems from a customer control initiative introduced several years ago called UPS My Choice that basically lets a customer control when and where they want a package delivered. It added complexity to the business, but it was what customers wanted. So far, there are 39 million subscribers to the service.

“Customers can get alerts when packages will be delivered and you can communicate with drivers about what you want them to do for you. You can tell UPS you will be on vacation to hold shipments or have packages delivered somewhere else,” Perez said.

UPS drivers are in for some big adjustments in 2018 between the sixth iteration of DIAD and ORION 3.0, and the company is also leveraging technology for safety oriented training purposes. UPS recently launched a virtual reality application for training drivers that sounds similar to the type of flight simulators used to train UPS pilots.

“Drivers encounter all kinds of really interesting things when they are making deliveries. We cannot train them on everything when we are speaking with them or putting them behind the wheel,” Perez said. “We’ve created technology to immerse them in all kinds of scenarios that will get them to think different about safety, the safety of customers, their personal safety and how to deliver packages effectively.”

How extensively UPS has embraced innovation is evident when Perez reels of some of the other hot areas the company has developed or is expending more energy against. For example, UPS is now on its third generation chat bot which Perez believes will change the way the company interacts with customers. It is also active with autonomous vehicles and drones.

“We continue to make investments in autonomous vehicles and are pretty bullish in that domain. It is something that we believe will have a place at UPS in the years to come,” Perez said. “Yes, we are looking at drones.”

While he doesn’t expect the company will have thousands and thousands of drones, he does envision use cases in remote areas where drones deployed from the roof of a UPS truck make sense.

The range of initiatives underway at UPS are consistent with what the company calls founder’s mentality of being constructively dissatisfied to unlock.

“We are really committed to opening the door for people who want to innovate to be able to bring their ideas to the table,” Perez said. RL

WHAT AMAZON’S COMPETITORS SHOULD BE WORRIED ABOUT

There are plenty of reasons to be concerned about Amazon during the holidays as the company dominates online sales and product search activity. Troublesome, yes, but forward thinking retailers paying attention to the company’s 2017 supply chain moves know even greater challenges loom in 2018.

Since the beginning of the year, Amazon has revealed the locations of 25 new U.S. fulfillment centers that once operational will add tremendous distribution capacity to a supply chain that is already highly proficient. The state-of-the-art facilities will give Amazon 25 million more square feet of capacity closer to more shoppers to fulfill orders even faster.

And if 25 new fulfillment centers (as of 11/8) weren’t enough, Amazon also announced early in the year that an area near the Cincinnati/Northern Kentucky International Airport would be home to a new air hub. Amazon is constructing a $1.5 billion centralized air hub to accommodate an expanding Prime Air fleet that at last word included 40 dedicated cargo planes leased from two different carriers.

Here’s a look at the 2017 fulfillment center projects Amazon has announced to date.