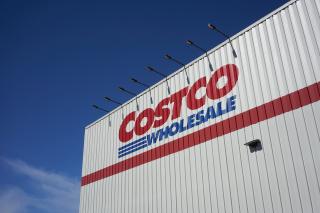 Costco on Thursday said it would not raise the price of its annual membership after it reported quarterly earnings that surpassed expectations.

Richard Galanti, Costco’s chief financial officer, in a call with investors Thursday said the company has not yet met the benchmark it typically uses to decide when to pull the trigger on raising the cost of its membership, CNBC reported.

“If you look at June of ’17, plus five years and seven months, you’re talking roughly January ’23,” Galanti said during an earnings call with investors. “Now I’m not suggesting it’s January ’23. I’m just saying it’s not there yet.”

The announcement from the wholesale retailer came about a month after rival Sam’s Club in August said it would raise the annual membership fee at its wholesale club, though the cost of a Sam’s Club membership is still cheaper overall.

Amid rising costs associated with inflation, Costco earlier this year increased prices at its in-store food court, though it has maintained the $1.50 price tag on its famous hot dog and soda combo, Business Insider reported.

The wholesale retailer in total operates 838 warehouses, with the majority in North America. It also operates locations in Japan, the UK, Korea, Taiwan, Australia, Spain, France, China and Iceland.