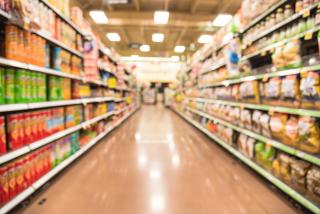 Consumer spending was up in October overall, but was down in several retail categories, including department stores, appliance retailers and sporting goods stores.

According to data from the U.S. Census Bureau, published Nov. 16, consumer spending in October grew 1.3% from September. Retail spending was up 8.3% compared to October 2021, according to the data. The data is unadjusted, meaning it does not account for inflation.

Consumer spending grew the most in categories, including:

Spending was down in several retail categories, including:

According to the U.S. Census Bureau data, spending at clothing stores remained unchanged in October.

As Reuters reported, the increase was higher than had been anticipated by experts, who predicted consumer spending would rise about 1% compared to September. The data is promising for retailers as it shows consumer resilience amid pressures and fears about the economy.

Despite concerns about inflation, which have cooled slightly, consumers still plan to spend this holiday season. According to the National Retail Federation (NRF), consumer demand ahead of the holiday shopping season remains high, with consumers planning to spend about as much as they did last year.

According to NRF and Prosper Insights & Analytics’ holiday survey that was conducted in October, consumers plan to spend about $833 on holiday gifts this year, which is on par with the average spent over the past decade. Holiday sales are expected to grow by as much as 8% in 2022, with even larger growth in the e-commerce category, where sales are anticipated to grow 10%-12%, according to NRF forecasts