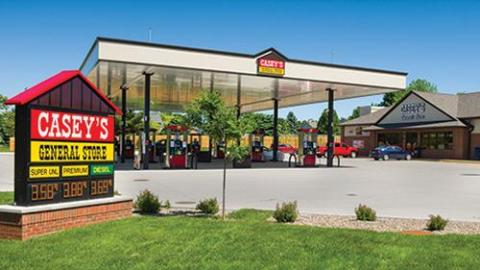 Former executives from Aramark and 7-Eleven have joined Casey’s General Stores as CFO and COO as the C-store operator and food service innovator creates a new M&A unit.

Steve Bramlage was named CFO, to succeed Bill Walljasper who retired earlier this year, and Ena Williams was named to the newly created role of COO. Both are set to join the operator of more than 2,200 stores on June 1 and will report to CEO Darren Rebelez.

“Casey’s is fortunate to have two phenomenal leaders with deep expertise in their fields join the team, particularly during this time of unprecedented change,” Rebelez said. “I’m confident they will strengthen our efforts to deliver on our strategic plan to not only lead our industry, but also remain among the top quintile of all retailers nationwide.”

Bramlage spent the past eight years as CFO of Aramak, a $16 billion food, facilities and uniform services provider. Prior to Aramark, he was CFO at Owens-Illinois, the world’s largest manufacturer of glass and also held finance roles at PPG industries, Eli-Lilly and Ernst & Young.

Williamns joins Casey’s from 7-Eleven where she served as SVP and head of international. Prior to 7-Eleven she spent more than 15 years with ExxonMobil and Mobil Oil Corp.

Williams and Bramlage will accelerate several initiatives contained in a three year strategic plan Casey’s shared with investors in January. Specifically, these additions will lead to the establishment of a dedicated mergers and acquisitions team, and enhanced operational efficiencies including asset protection and centralized procurement.

“We have been diligent in finding the right talent and building a best-in-class team to drive the execution of our three-year strategic plan, and grow Casey’s as we look toward the next 50 years,” said Rebelez.

Last November, Casey’s named former Tractor Supply Company SVP of human resources as its chief human resources officer. The prior month, Tom Brennan joined the company as chief merchandising officer after previously serving as COO of CKE Restaurant Holdings and prior to that holding a variety of roles at 7-Eleven.

All of the high level personnel moves following the appointment of Rebelez as president and CEO on June 24, 2019. The former IHOP president succeed Terry Handley who retired from Casey’s after a 38 year career.