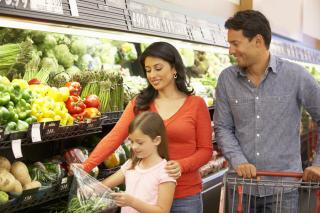 That’s the main theme this year from the New Product Pacesetters report from IRI, research that provides a look at what’s coming in the world of retail and CPG. The 25th anniversary of this annual report comes as retailers of all types are trying to figure out when and now they will emerge from the ongoing pandemic.

IRI’s “2019 New Product Pacesetters” report includes 10 product launches that hit the $100 million mark. “The return of blockbusters is a valuable new chapter” in these reports, according to the research. “Blockbuster products as observed by IRI are rebounding, even though they’re small relative to the overall number of products (and even though their parent companies might have vastly different performance expectations).”

Much of this new blockbuster trend stems from the food and beverage product category, where six product launches reached $100 million. Four products in non-food categories also met that standard. “The median food and beverage New Product Pacesetter earned $19 million in 2019, compared with $11 million in 2018,” IRI said about the new report. “That $8 million bump is notable and considerable.”

Joan Driggs, the vice president of Content and Thought Leadership for IRI, expanded on that point, saying that “this year’s 10 $100 million-plus launches account for 33% of all Pacesetter dollars, accentuating that big is back.” During the webinar that accompanied the release of this new report, Driggs also said that “we have not seen this many $100 million-plus brands since 2015.”

More specifically, when it comes to the food and beverage category, natural, organic and similar types of products gained ground in the latest Pacesetter rankings.

Consumers, of course, have been increasing their demand for such products for a while now. But according to IRI, this recent shift is notable because the “2018 New Product Pacesetters’ Top 10 primarily featured sweet and indulgent foods and beverages.” As the organization explained further, “in 2019, three of the Top 10 and 25 of the Top 100 food and beverage New Product Pacesetters offered non-GMO benefits, with products including SlimFast Keto, Perdue Simply Smart, Organics and Arnold, Brownberry and Oroweat Sandwich Thins.”

Another product provides a deeper example of that trend. “A brand that exemplifies innovation and better-for-you attributes is number two on the food and beverage New Product Pacesetters list, Enfamil NeuroPro, a revolutionary baby formula that features milk fat globule membrane, which is found in breast milk and supports cognitive development in brain structure and function,” according to IRI. “This one-of-a-kind baby formula is the first major scientific enhancement in the baby formula market since DHA fortification became FDA approved more than two decades ago.”

As for the non-food segment, beauty provides a good example of growth trends, according to IRI. That particular product segment — with 50 Pacesetter launches — “reported an average of $18 million in sales,” according to the report. “By removing behemoth Harry’s Razors’ $169 million in sales, the average figure dips to $15 million, a still significant performance in this space. With non-food leaning toward more niche products that deliver the right attributes to the right consumer, these sales figures are substantial.”

The findings of this new IRI report stems from a retail world not yet shattered by the COVID-19 outbreak. “In this short space of time, consumer behavior has radically changed, but only time will tell if the penchant for new products among certain groups will waver, or if new groups will become more inclined to explore new products,” according to the new Pacesetter research.

Even so, the lessons included in this latest Pacesetter research will no doubt apply to post-pandemic commerce. Take one product included in that report: Bubly, a carbonated water offering. It stands at No. 4 in the new Pacesetters, with some $116.3 in sales.

“It also characterizes the feels-small, performs-big role in the crowded carbonated-soft-drink and carbonated-water market,” IRI said. “Owned by PepsiCo, Bubly exemplifies a small brand with a big image from a big company, thanks to its attributes and attractive packaging, as well as its deep-pocket marketing and merchandising. It carries the aura of a small, niche brand, but the power of a big-brand player to help it find and connect with consumers who appreciate unique brands.”

The new IRI Pacesetters also offer broader examples of what was working with consumers before the pandemic and what might continue to work during the second half of 2020 and beyond.

“Consumer groups vary, and the market is complex, but products that win with consumers tap into an intentional look, feel, performance, experience or any and all combination of those features,” the report said. “While big-budget brands often have an edge, consumers typically don’t care if a company is big or small; the brand story and image — and how it fits into their own lives — matters more.”