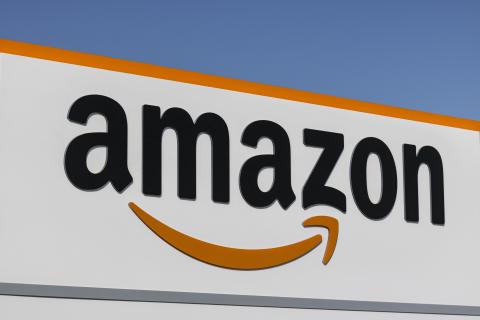 Amazon expects a new facility in Fargo, North Dakota — the first in the state, according to the retailer — to open in 2021 and create 500 full-time jobs.

As Amazon keeps building out its fulfillment network, the e-commerce operator is rolling out a first — its first warehouse in North Dakota, along with a new facility in Missouri, part of trend of putting those fulfillment centers in the central part of the United States.

The retailer said that it plans to open a fulfillment center in Republic, Missouri. The new facility, which Amazon expects to launch in 2021, will create more than 500 new full-time jobs with industry-leading pay and comprehensive benefits starting immediately. At the new 1 million-square-foot fulfillment center, Amazon associates will work to pick, pack and ship bulky or larger-sized customer items such as patio furniture, outdoor equipment or rugs.

“We are proud to be bringing our newest Amazon facility to the city of Republic, along with over 500 great full-time jobs with highly competitive pay, benefits from day one and ongoing training,” said Alicia Boler Davis, Amazon’s VP of global customer fulfillment. “We are excited for our future in Missouri and for what this means for our customers across the state as we continue to grow.”

The story from North Dakota is pretty much the same: Amazon expects the new facility in Fargo — the first in the state, according to the retailer  — to open in 2021 and create 500 full-time jobs. At the new 1 million-square-foot facility, employees will pack and ship large customer purchases such as sports equipment, patio furniture, fishing rods, pet food, kayaks, bicycles and other household goods.

In October, Amazon announced that it would open two fulfillment centers in Kansas, each with  1 million square feet. They will be located in Kansas City. Amazon associates will work to pick, pack, and ship bulky or larger-sized customer items such as patio furniture, outdoor equipment, or rugs.

Amazon also plans to open a fulfillment center in 2021 in Waco, Texas, and other one in Papillion, Nebraska — the company's first fulfillment center in that state. In both facilities, employees will work alongside Amazon robotics to pick, pack and ship small items to customers such as books, electronics and toys.

These pending rollouts come amid a big fulfillment hiring push for Seattle-based Amazon. In September, it said that it plans to hire 100,000 fulfillment and logistics workers, both for full- and part-time roles in the United States and Canada, as it began rolling out 100 delivery, sortation and other fulfillment facilities  —  and revealed that it's adding some 33,000 corporate and technology jobs. Amazon has already opened more than 75 new fulfillment, sortation centers, regional air hubs and delivery stations in the United States and Canada so far this year.