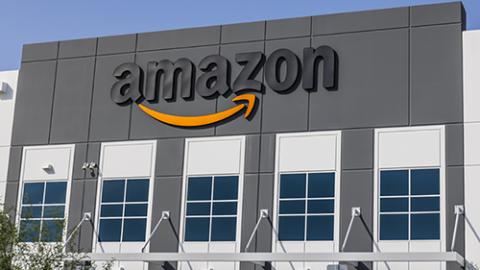 Signatories to Amazon's Climate Pledge agree to various measures to help the environment.

Amazon said that Boom Supersonic, Cabify, JetBlue, Rivian and Uber have joined The Climate Pledge, the e-commerce operator’s commitment to be net-zero carbon by 2040 — a decade ahead of the Paris Agreement’s goal of 2050.

Signatories to The Climate Pledge agree to:

“By signing The Climate Pledge, companies around the world are making a bold commitment to help protect our planet from the devastating impacts of climate change,” said Jeff Bezos, Amazon founder and CEO. “The transportation sector plays a critical role in accelerating our carbon reduction goals, and we welcome Boom, Cabify, JetBlue, Rivian and Uber as they join us on the journey to net-zero carbon by 2040. The 18 companies who have signed The Climate Pledge so far are demonstrating leadership in the vital transition to a low-carbon economy that will help preserve the environment for future generations.”

According to Amazon, Boom is redefining commercial flight by bringing supersonic travel back to the skies. Boom’s historic airliner, Overture, is designed to industry-leading standards of speed, safety and sustainability. In Feb. 2020, the company announced that the test program for its XB-1 demonstrator will be carbon neutral through the use of sustainable aviation fuels and high-quality, vetted carbon offsetting.

Cabify, Amazon said, is the first and only urban mobility app in Europe and Latin America to be carbon neutral by offsetting 100% of all the carbon emissions that it generates — from its corporate operations and for every ride booked through the app

JetBlue is the first airline to join The Climate Pledge, and this reaffirms the company’s commitment to taking measurable steps towards reducing its climate impact. In July 2020, JetBlue became the first and only U.S. airline to achieve carbon neutrality for all domestic flights. It now expects to ramp up to over 7 million metric tons of CO2 emissions offset each year — the annual equivalent of removing more than 1.5 million passenger vehicles from the road.

Rivian is launching a range of adventure-oriented vehicles, as well as delivery vans specifically for Amazon last-mile delivery applications. The company’s launch products, the R1T and R1S, deliver a unique combination of performance, off-road capability and utility. These vehicles use the company’s flexible skateboard platform and will be produced at Rivian’s manufacturing plant in Normal, Illinois, with customer deliveries to begin in June 2021.

Uber has committed to become a fully zero-emission platform by 2040, with 100% of rides taking place in zero-emission vehicles, on public transit or with micromobility options such as bikes and scooters. Uber had previously set a goal to provide 100% of rides in electric vehicles by 2030 in U.S., Canadian, and European cities. Uber has also committed to reach net-zero emissions from its corporate operations by 2030.

“As we announced in September, Uber is taking this moment as an opportunity to drive a green recovery from the pandemic,” said Dara Khosrowshahi, Uber CEO. “We invite every company in the world to join The Climate Pledge and take action to reduce their environmental impact. Together we can more aggressively tackle the urgent challenge of climate change.”