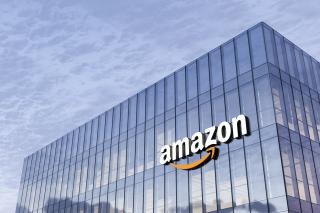 Amazon this week said it began eliminating corporate positions, confirming media reports earlier in the week that suggested the e-commerce giant was poised to lay off workers.

“After a deep set of reviews, we recently decided to consolidate some teams and programs,” Limp wrote. “One of the consequences of these decisions is that some roles will no longer be required. It pains me to have to deliver this news as we know we will lose talented Amazonians from the Devices & Services org as a result.”

Limp did not say how many employees were impacted by the layoffs.

Employees impacted by the layoffs were notified Nov. 15, according to the blog post. Amazon workers whose positions were eliminated will have the option to try to find a new role within the company. If they’re unable, Limp said Amazon would provide a separation payment, transitional benefits and external job placement support.

“While I know this news is tough to digest, I do want to emphasize that the Devices & Services organization remains an important area of investment for Amazon, and we will continue to invent on behalf of our customers.”

The New York Times first reported news of the impending layoffs, which said that the e-commerce giant was poised to lay off around 10,000 employees. If the number holds true, it would be the largest layoffs in the company’s history, according to the report.

The report, which cited anonymous sources with knowledge of the plans, said the company planned to cut jobs in its devices division, its retail division and its human resources department. A layoff of 10,00 employees would in total impact about 3% of Amazon’s corporate workforce, per the Times report.

The retailer earlier in November said it was pausing incremental hires in its corporate workforce for at least several months.
“We’re facing an unusual macro-economic environment, and want to balance our hiring and investments with being thoughtful about this economy,” said Beth Galetti, the senior vice president of people experience and technology at Amazon, in a Nov. 3 release.