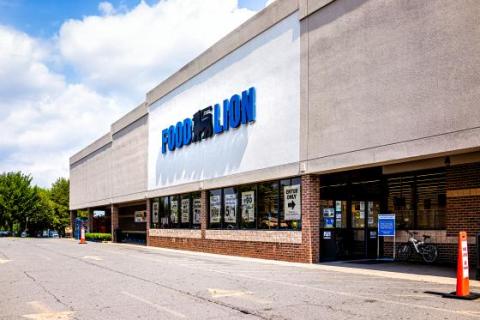 In Ahold Delhaize's third quarter, brand performance was strong across the board, led by growth at U.S. banners Food Lion and Giant Food.

Ahold Delhaize has revealed new initiatives aimed "to solidify [its] position as an industry-leading local omnichannel retailer" in 2021 and beyond, including doubling its click-and-collect locations in the United States. These initiatives were noted by the global retailer as it logged an online sales increase for the third quarter of 62.6% at constant exchange rates, including 114.7% growth in the United States

The company said that it will focus on three key areas going forward:

While Ahold Delhaize's U.S. business currently reaches about 90% of market households with home delivery and click-and-collect, through 2021 the retailer said it will increase its online capacity by nearly 100%. This will include a more than 50% increase in capacity in its bol.com business in The Netherlands and an expansion to nearly 1,400 click-and-collect locations in the United States, doubling locations since the beginning of 2020.

Meanwhile, its Carlisle, Pennsylvania-based Giant Co. banner will test a new subscription offer in the first quarter of 2021, with an annual membership fee under $100, an improved value proposition and preferential delivery time slots.

Ahold Delhaize's U.S. businesses will also offer an "endless aisle" solution with an additional 80,000 to 100,000 general merchandise and food items in the first half of 2021, using the Miraki platform. Additionally, it will launch 1,500 to 2,000 more own-brand items next year, growing from its existing base of 15,000 items.

As for its supply-chain capabilities, the company is in the midst of transitioning to a fully integrated, self-distribution model beginning in 2023. Its first integrated distribution center is expected to go live in 2021.

Among its plans to improve its ESG standing, the retailer has set a goal to have 51% of its own-brand offerings be "healthy products" by 2022. Its brands are focusing on increasing discounts and rewards on healthier products using nutritional guidance like Nutriscore and Guiding Stars. The company plans to implement easy-to-use nutritional labeling across its portfolio by the end of 2025. Also, starting in 2020, Ahold Delhaize will disclose annually the percentage of food sales generated from products that achieve one, two or three stars under the Guiding Stars system.

The company said that it's working toward zero plastic waste from its own-brand packaging by 2025, including aiming for 25% of its own-brand plastic packaging to be made from recycled materials.

These initiatives were introduced as the retailer reported a 6.8% in net sales for the third quarter (10.1% at constant exchange rates). In the United States and Europe, comp-sales growth excluding gas was up 12.4% and 7.5%, respectively, due largely to the COVID-19 outbreak. Brand performance was strong across the board, led by growth at U.S. banners Food Lion and Giant Food.

In other U.S. market news, the company said that its Stop & Shop remodeling program will be accelerated, with approximately 60 additional stores in 2021 versus 31 in 2020. Ahold Delhaize said the remodeled stores so far are "performing well, with sales lifts in line with our expectations."

Frans Muller, president and CEO of Ahold Delhaize, said that he's "increasingly proud" of his teams' performance as COVID-19 continues to affect communities. "Their intense focus on the safety of our stores and distribution centers and their persistent efforts to provide outstanding service to our local communities are commendable." He also noted that in the third quarter, the company sustained "important investments" in additional safety measures, enhanced associate pay and benefits.

"We continue to adapt to changes we are seeing in consumer shopping patterns and behavior," Muller continued. "Over the coming years, we will invest in our business to solidify our position as an industry-leading local omnichannel retailer and increase our share of the consumer wallet. We will find ways to improve our online productivity and are on track to achieve the €1.9 billion cumulative cost-savings target by 2021."

Muller said that the company remains committed to its policy for a 40%-50% dividend payout ratio, and he revealed a new €1 billion share repurchase authorization for 2021.

Ahold Delhaize's net income was €68 million (US $79.5 million), down 84.9% in the quarter, due primarily to a previously announced €577 million provision for a U.S. pension plan withdrawal.