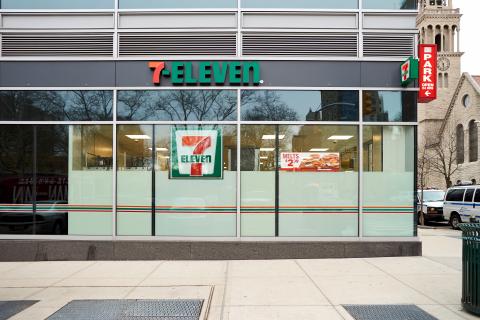 7-Eleven, one of the top 25 largest retailers in the United States, is moving toward a clean-energy transition with its parent company's membership in the global RE100 initiative.

Retail chain 7-Eleven has become the most recent major U.S. company to transition to 100% renewable power for its operations. Seven & i Holdings Co., the Tokyo-based parent company of the convenience store chain, has joined the RE100, a global initiative for top businesses committed to the 100% goal.

“We welcome Seven & i Holdings to RE100,” said Amy Davidsen, executive director – North America for the New York-based Climate Group, which leads the initiative in partnership with London-based CDP.  “In addition to its global footprint, 7-Eleven is one of the top 25 largest retailers in the U.S., so it’s exciting to see them move in the right direction towards a clean-energy transition. Seven & i Holdings is sending a signal that businesses are major players in the renewable energy market.”

Added Davidsen: “2019 was one of the largest years for corporate solar investments, and despite COVID-19, businesses continue to switch to renewables – one of the most cost-effective investments companies can make.”

Additionally, a new RE100 report revealed that the United States has the most companies participating in the initiative, followed by the United Kingdom and Japan. Already 62% of the electricity sourced by U.S. members is from renewable energy sources, ahead of the global average of 41%.

Power purchase agreements (PPAs), which enable companies to sign long-term contracts for renewable electricity at competitive prices, are rising internationally, especially in the United States. According to BloombergNEF, a New York-based research organization that helps energy professionals generate opportunities, there have been 959 off-site corporate PPAs in the country to date, totaling 43,170 megawatts.

RE100’s members include some of the biggest, most influential companies in the world, with a combined electricity demand higher than that of Australia. Those companies are on course to spend more than U.S. $98 billion to reach their goals, according to the initiative.

Dallas-based 7-Eleven operates, franchises and/or licenses more than 71,800 stores in 17 countries, including 12,000 in North America.