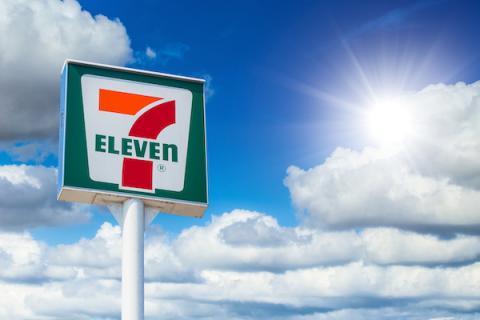 U.S. franchise owners are facing the issue despite raising wages, according to the survey, which was conducted on behalf of the National Coalition of Associations of 7-Eleven Franchisees (NCASEF). Nearly all--97%--of franchise owners reported trouble staffing their store or stores over the past year, Convenience Store News reported. Another 96% said they or their designee also worked more shifts than they typically do in the last 60 or 90 days.

The survey findings come as retailers are facing a critical shortage of workers as states continue to reopen and slack pandemic-related restrictions. Many businesses have hiked up wages as well as introduced new bonuses and incentives to attract new employees.

"This survey proves what our franchisee members have been telling us for a long time. They can't find enough people to work and they are working too many hours themselves," said Jay Singh, chairman of NCASEF, an elected, independent body representing the interests of more than 7,400 7-Eleven franchise locations in the United States. “What is most telling is that only 13 percent of franchisees who responded said overnight operations were financially profitable to them as franchise owners. That's because the economic environment we find ourselves in has changed, but the royalty structure for 7-Eleven franchisees hasn't."

Increased labor cost was the biggest impact to overnight operations profitability, with 27.25% respondents indicating it as the top factor. Lack of an available, qualified and reliable workforce (11.05%), lack of customer traffic during overnight hours (10.54%) and declining customer count due to newer competitive stores nearby (0.26%) were also factors (and 50% said all of the above).

Unfortunately, even facing chronic understaffing, not all franchise owners said they were able to offer higher wages to attract more employees. Just 20% said they are able to offer a competitive wage to their employees based on their current contractual gross profit split with 7-Eleven Inc., CS News noted. Under franchise terms with 7-Eleven, the portion of gross profit split or royalty can reach higher than 59%. 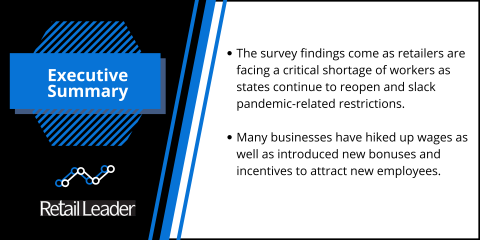 Still, 92% of respondents said they had increased their hourly pay rate over the last year, while 89% said they’ve increased wages above state or local minimum wage. And for most franchise owners, the situation is worsening, with 96% who said it’s become more difficult to find staff just over the last 60 to 90 days. The tight labor market has led 90% of respondents to lower their standards for new hires.

The challenges exist even as 90% of franchise owners are taking advantage of recruitment tools from 7-Eleven.

"These tools are helpful, but franchisees are still being forced to raise wages in order to find and retain high-caliber workers. Unfortunately, many franchisees can't afford to compete with other employers," Singh said.